Electric car brand Polestar has revealed its plan to eradicate all carbon emissions from its production process to create a climate-neutral car by 2030.

Named Polestar 0, the project will focus on eliminating carbon emissions from its production process by 2030 rather than offsetting emissions by tree planting.

"By pushing ourselves to create a completely climate-neutral car, we are forced to reach beyond what is possible today. We will have to question everything, innovate and look to exponential technologies as we design towards zero."

Polestar to eradicate all emissions stemming from production

The company said that a "truly climate-neutral car" was its "moonshot goal", but it could be achieved through innovation, technology advancements and a rethink of its current production techniques.

"We're electric, so we don't have to worry about combustion engines producing toxic emissions – but that doesn't mean our job is done," said Polestar's head of sustainability Fredrika Klarén. 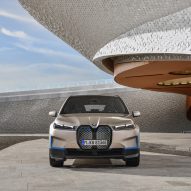 "We will now work to eradicate all emissions stemming from production. Now is a historic and exciting time for carmakers, an opportunity to seize the moment, do better and dare to build the dream of climate-neutral, circular and beautiful cars," she added.

The Swedish company, which was founded by Volvo and Chinese car brand Geely in 2017, revealed the plans today in its first annual review.

It also announced it will publish a product sustainability declaration for its Polestar 2 as well as following models, which it says is an industry-first.

This labelling will be found on Polestar's website and in its showrooms and disclose the carbon footprint and traced risk materials of the electric cars. It will be continuously updated.

"Consumers are a huge driving force in the shift to a sustainable economy," Ingenlath said.

"They need to be given the right tools to make informed and ethical decisions. This makes things very clear. Today, Polestar 2 leaves the factory gates with a carbon footprint. In 2030 we want to present a car that does not." 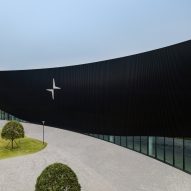 Upcoming Polestar cars include the Polestar 3 electric performance SUV and the Precept, which began as a design study vehicle and is now slated for production.

Earlier this year, the company unveiled its Snøhetta-designed car factory in Chengdu, China, which is powered entirely by renewable energy to reflect Polestar's goal of becoming climate neutral.

Other recent electric car news includes BMW's announcement that its new electric iX car will feature an interactive soundscape by movie composer Hans Zimmer and Dezeen's reveal of sketches of an electric car design by Thomas Heatherwick for IM Motors.