Art Gensler, the American architect, interior designer and founder of global architecture firm Gensler, has passed away at the age of 85 after a long illness.

The founder of the world's largest architecture firm died in his sleep at his family home in Mill Valley, Marin County, reported the San Franciso Chronicle.

Gensler founded his practice in San Francisco in 1965 with the late Drue Gensler, his wife, and James Follett. Today the firm operates 50 offices around the world and has an annual revenue of $1.5 billion.

Despite being diagnosed with lung disease 18 months ago, Gensler had continued to work for his practice and still had a full calendar of meetings scheduled when he died.

"My dad was a regular guy, respectful and friendly and never pompous," his son David Gensler said. "He loved serving clients through the power of design."

Gensler is known for large-scale architecture projects including the 632-metre-high supertall skyscraper the Shanghai Tower, which is the world's second-tallest building.

Gensler was born in Brooklyn, New York, in 1935. The son of a phone company employee and a ceiling tiles salesman, he grew up in West Hartford, Connecticut, and graduated from Cornell University's College of Architecture in 1958.

Following university, he moved to California on the advice of his mentor the architecture critic Henry Hill and worked for the architect William Wurster, while establishing his own practice. 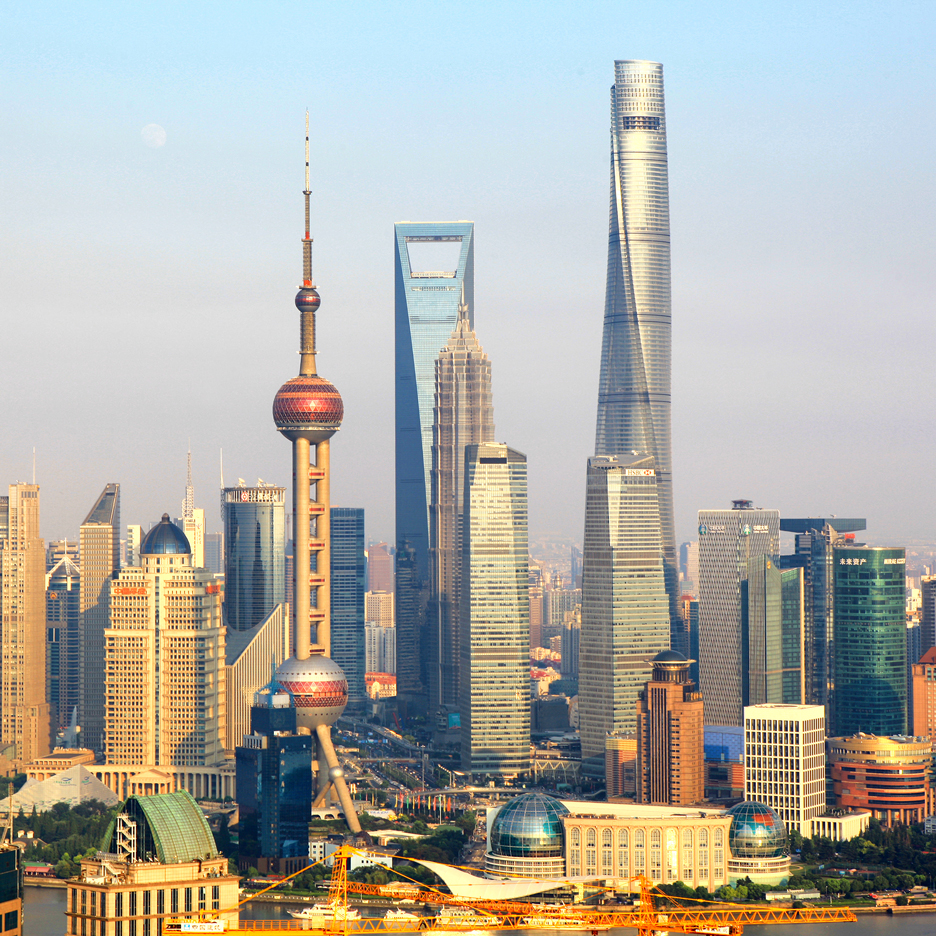 The firm got its start designing interiors for corporate offices in San Francisco skyscrapers designed by Skidmore, Owings & Merrill. They worked on the 237-metre-high Bank of America Center (renamed 555 California Street) and then the 121-metre-high Alcoa Building (now One Maritime Plaza).

The practice opened its first office at 555 Clay Street in San Francisco, before expanding around the US. It opened its Houston office in 1972 to design offices for Pennzoil Company and in 1979 opened its New York office.

Gensler also expanded overseas – first in London in 1988, followed by Japan and Hong Kong in 1993. The firm opened its first China office in Shanghai in 2002.

The firm has designed offices for the New York Times, The Washington Post, the London Stock Exchange, the Salesforce Tower and the interiors for the new US Embassy in London.

Recent projects include the renovation and expansion of New York's Museum of Modern Art and an extension for the Eagle County Regional Airport in Colorado.

Gensler was also once fired by Steve Jobs. Gensler designed the first 100 stores for Apple, but after the studio began working for Microsoft it was dismissed by Jobs.

"Steve heard, got me on the phone and said, 'This is Steve Jobs. You're fired.' And Steve was right and we were wrong," Gensler told the Nob Hill Gazette. "After Steve's death, our firm was rehired by Apple."

Gensler always put the success of his practice down to its business-mindedness, writing a book called Art's Principles to mark the 50th anniversary of founding the firm.

"When I started Gensler, there was a day when I woke up and realized that although I had 22 people working for me, I didn't know what I was doing when it came to managing the business," he said in an interview about the book.

"So I went to business school at night. I ended up hiring the professor of my class," he added.

"We continually reinvest in our business, we offer competitive wages, reinvest in people, offer profit sharing—we incorporated all kinds of things that architects never thought about. I did this because I wanted to hire people and ask them to stay forever, not work on a project-to-project basis."

Gensler stepped down as chairman in 2010 but continued to serve as an advisor until his death this week. He is survived by his four sons and 1o grandchildren.