Called Favelas 4D, the project uses point cloud data from handheld LiDAR (Light Detection and Ranging) scans in order to study the form of Rocinha, a favela in Rio de Janeiro. The low-income urban settlements have complex structures that are built by their inhabitants over time.

The project was led by the MIT Senseable City Lab and its director, architect Carlo Ratti, and completed in collaboration with Rio's City Planning Commissioner Washington Fajardo.

Fajardo entered Rocinha on foot and captured the data with a handheld LiDAR device that uses a laser pulse to measure distances. Tiny points are mapped to locations in space to create a dataset that reveals the intricate details of a 3D environment.

Ratti and MIT researcher Fabio Duarte explained the advantages of mapping Brazil's largest favela in this way, rather than using open-source mapping devices such as Google Street View.

"Handheld LiDAR devices allow you to go everywhere. Also, they preserve a community's privacy, because you're not collecting actual images," he continued.

After Fajardo captured the data in Rocinha, Ratti and Duarte worked with their team to use the data to analyse the favela itself and compare it to similar settlements worldwide. 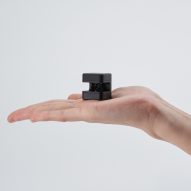 Favelas 4D intends to capture previously unseen data in order to access the current condition of a place and offer insight into how a settlement might look in the future.

"We can use the 3D mapping of informal settlements to determine areas prone to landslides, or we can use it to assign land tenure in three-dimensional complex spaces," explained Ratti.

While plenty of houses in Rocinha currently have access to basic sanitation, plumbing and electricity, Ratti highlighted the importance of mapping officially unchartered urban areas.

"The dizzying growth of the world's cities doesn't look like Manhattan, or the shiny smart cities projects, but rather like the hundreds of human settlements mushrooming everywhere," he said.

"Still, most of them remain unmapped, sometimes for decades. Being off the map means these populations do not have access to basic services," he added.

The scans from Rocinha could be used to expand the project, which the lab hopes will go global.

"Rocinha is a well-established informal settlement in Rio de Janeiro, so we could use it as a case study as we were able to verify the accuracy of our analysis," Duarte said.

"Now, the goal is to expand the project to urban settlements across the globe."

Although the visual outcomes of Favelas 4D are purely data, they are also a set of brightly coloured pink, blue and green images that resemble a lo-fi video game.

"Although the visualisation is beautiful, it's pure data," added Duarte. "And this is actually its beauty. Each point you see in Favelas 4D is rich in spatial data. That is why it is so powerful."

Based at The Massachusetts Institute of Technology, MIT Senseable City Lab investigates how digital technologies are shaping the built environment.

Previous projects by the lab include research into how algorithms could reduce taxi numbers and a concept for a "bridge" made of continuously circling autonomous boats.

Images and video are courtesy of MIT Senseable City Lab.