British eyewear brand Cubitts has launched an app that takes the trial-and-error approach out of buying spectacles by telling you which frames will best fit the precise dimensions of your face.

Using only an iPhone camera, the Cubitts app makes it possible to 3D-scan a face "to sub-millimetre accuracy", then precisely match it with the best fitting spectacles from the brand's collection.

According to company founder Tom Broughton, the technology could revolutionise the process of buying glasses. Not only could it make the in-store process more efficient, but also make it significantly easier to buy glasses online.

"The app was born from the realisation that the process of buying glasses hasn't changed for 300 years," Broughton told Dezeen.

"Even in the last decade, with the emergence of the internet and smartphones, it's still the same. You go to some physical space where you have thousands of frames, all arranged in a completely random order. With no real guidance or sizing, you just keep trying on pairs until you find something that you think is all right."

"The process is fraught with all the same problems when you buy online," he added. "It's a pretty shoddy experience overall. But we think we can change that."

The app uses HERU technology, which was developed in-house by the Cubitts team. It is based around the technological capabilities of the TrueDepth camera, which was first introduced with the iPhone X.

Unlike a standard camera, this device integrates facial recognition technology. By throwing 30,000 infrared dots onto a face and capturing this information, it is able to combine visual information with measurement data, which is how Apple's Face ID works.

HERU uses this technology to produce 3D scans made up of 18 key measurements, which include details like ear position, eye spacing and nasal bridge width. It then analyses the particular combination of these measurements to assess which frames would be the best fit.

According to Cubitts' research, only 20 per cent of the UK's 22 million spectacle wearers have the perfect fit, although 75 per cent believe their frames fit them. 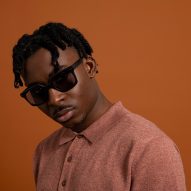 "There are fully grown adults that have to buy children's frames because their heads are slightly smaller, while some wear badly fitting frames because they can't get a pair big enough. This is absolutely insane."

According to Broughton, it's less a question of whether the spectacles will look good and more specifically about whether they will fit comfortably and position the eye in the correct position for the lenses.

However, in time, the app could use its machine-learning capabilities to analyse purchases made by users. This would allow it to better predict which frame a user is more likely to choose in terms of style.

"That's when it gets really clever, when it just works like magic," said Broughton.

"We will get to that, but it will take time because we have to train the machine learning algorithm. The more people use it, the more powerful it gets."

Broughton founded Cubitts in 2013, with an ambition to make quality eyewear available to a wide audience.

From the outset, the brand has looked to explore new ground. In 2019, it launched a collection made from various waste materials including human hair and potatoes.

Broughton sees the launch of the app as the first step towards a complete disruption of the eyewear industry.

Cubitts could potentially use data gathered by the app to influence the design of new collections, creating frames that cater to as wide a customer base as possible.

The technology could even lead to a bespoke service for spectacles, where a customer uses the app to design made-to-order frames to their exact measurements.

"You press a button and they could be 3D printed right in front of you," suggested Broughton.

"It's a new form of production and ownership," he said, "and that's where we want to get to. We want every single product to be made bespoke, irrespective of who the person is or where they are in the world." 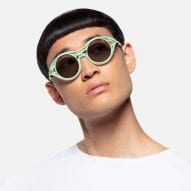 "It has so many benefits," he added. "You don't have to have stock, you don't have wastage, you don't have landfill. It fundamentally changes the way that people buy something that is, naturally, a very individual product anyway."

The app is currently only available to invited users, but is set to be launched to the public in September 2021.