Fort Lauderdale has voted to approve a proposal from Elon Musk's tunnelling firm Boring Company to build an underground transit loop connecting the downtown part of the Florida city to its beachfront.

Fort Lauderdale's mayor Dean J Trantalis tweeted on 7 July that city officials had accepted the proposal from the Boring Company to undertake the infrastructure project.

"Other firms have 45 days to submit competing proposals," added Trantalis. "This could be a truly innovative way to reduce traffic congestion."

Called the Las Ollas Loop, the tunnel would allow cars to drive underground to the beach instead of travelling along the road at surface level.

"Fort Lauderdale and the Boring Company made initial contact early this year to discuss underground alternatives to the construction of a high-rise commuter rail bridge over the New River," the City of Fort Lauderdale said in a statement.

Fort Lauderdale formally accepted tonight a proposal from @elonmusk's @boringcompany to build an underground transit system between downtown and the beach. Other firms have 45 days to submit competing proposals. This could be a truly innovative way to reduce traffic congestion. pic.twitter.com/R7Bh2NPVnl

Fort Lauderdale is a coastal city 40 kilometres north up the coast of Florida from Miami. It has a population of 1.8 million and is a popular tourist destination.

"The underground transit loop would provide quicker and more efficient access between downtown and the beach as well as alleviate street-level traffic," added the City of Fort Lauderdale.

Technology entrepreneur Musk founded the Boring Company in 2016 in response to his personal frustration with road congestion in Los Angeles. He imagined a system of tunnels that would allow people to travel at high speeds in driverless cars fixed on rails.

However, the design has evolved during testing and now involves a tunnel wide enough to accommodate a single Tesla – the electric car developed by one of Musk's other companies – being driven through manually.

Musk unveiled the first test tunnel in 2018 in Los Angeles County, starting at the car park of his space rocket company SpaceX and emerging 1.83 kilometres away in Hawthorne.

A second test tunnel loop has been built under the Las Vegas Convention Centre (LVCC).

The LVCC Loop, which opened last month, runs 1.7 miles (2.7 kilometres) and has three stations. The Boring Company claims it reduces a 45-minute walk to a two-minute underground journey.

"The Vegas system consists of two one-way tunnels in which passengers are whisked in regular Teslas between three stations," said the City of Fort Lauderdale.

"Unlike a subway system, the number of cars can vary based on demand and passengers can go directly to their destination without multiple stops in between." 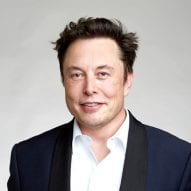 Musk has received criticism in the past for attempting to develop a private system that negates the benefits of public transport such as buses and subways, which allows people to travel en masse to reduce congestion and the reliance on personal vehicles.

The Las Ollas Loop has also drawn concern over risks of flooding and sinkholes, as Fort Lauderdale is only 2.7 metres above sea level with a geology of karst limestone topped by sandy soil. The coast is also prone to hurricanes and storm surges.

"He is building the biggest infrastructures around us," said Boelen. "And he's not even asking anybody permission for that. He's just doing it."

Images via the Boring Company.