Berlin's centre could become the largest car-free urban area in the world following a campaign supported by 50,000 citizens.

Campaign group Berlin Autofrei has proposed a law to limit private car use within the Ringbahn train line in the German capital, an area of 34 square miles.

The city government will now formally consider the petition, with a decision due to be announced in February.

If successful, the law would limit vehicle use to those with special exemptions, such as delivery vehicles, emergency services or people with disabilities.

Residents would only be permitted to use a car or van up to 12 times a year, for special circumstances such as moving house.

Public transport networks would be expanded, and roads would be redesigned to increase space for pedestrians and cyclists.

The ambition is to reduce the number of road accidents, improve air quality and reduce the city's carbon footprint.

"Our law improves the quality of life for all Berliners," said Nina Noblé, one of the campaign organisers, in a statement released in 2021.

"Especially children and senior citizens are endangered by cars. Also, grandparents should be able to ride their bicycles safely and have plenty of benches to take a breather on."

The campaign has been building momentum since the submission of the draft law in February 2021.

Campaigners needed 20,000 signatures to formally begin the legal process, but were able to gather 50,333. If the city rejects their proposal, they will need to increase the number to 175,000.

If the city refuses at that stage, the proposal will go to a public vote.

A similar campaign was successful in Berlin in 2018. Following a citizen referendum, the city passed a mobility law mandating the rollout of a city-wide cycling network.

Berlin Autofrei's organisers believe that more needs to be done to improve quality of the life for the city's residents.

Their proposed law includes electric as well as petrol vehicles, on the grounds that they still create pollution and cause accidents. 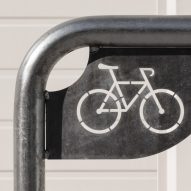 While the city has not published a cost figure for the plans, the campaigners estimate they will save the city €420 million, or £350 million, every year.

"The Senate has no meaningful transformation plan towards sustainable and equitable transport," said Manuel Wiemann, another of the organisers.

"E-buses and a few kilometres of bike lanes in five years are simply not enough," he said. "There are too many cars on the road in Berlin polluting the air through tyre wear, occupying far too much common space and unnecessarily endangering human lives, whether electric or diesel."

Berlin is not the only city exploring the possibility of car-free streets.

Oslo has been slowly removing cars from its city centre since 2017, Barcelona is pedestrianising every third street in its Eixample district, and Paris hosts regular car-free days.

The pandemic has led even more cities, including London, New York and Milan, to test the impact of turning roads into pedestrian zones.

Berlin Autofrei's proposals follow a 2014 report commissioned by the city, which found that 58 per cent of Berlin's streets are dominated by traffic, even though cars only account for one in three journeys.