Barker, who is best known as the drummer of pop-punk band Blink 182, designed the collection for Buster + Punch with the aim of bringing a motif that is common in tattoo and skate culture into interior design.

"I've been obsessed with skulls forever – from the first time I saw artists like Pushead, who put skulls on the Misfits and Metallica albums, and Zero skateboards back in the day," said Barker.

"I've always loved them, they scream rock 'n' roll, they scream danger and poison. Skulls stand against everything, so to present them in a way like this and take it to a new level is special."

Named the Skull Collection, it includes a table lamp, doorstop, bowl, cabinet knobs and a candle holder alongside several pieces of jewellery and a drum key described by Barker as a "super niche" piece.

Made from solid stainless steel or brass, the majority of pieces in the collection are sand cast so that no two pieces are exactly the same.

Each piece incorporates a solid metal skull.  The candle holder, doorstops and cabinet knobs themselves take the shape of a skull while the domed table lamp features a skull on the end of the pullcord.

The bowl, which the designers suggested could be used to "put chips in" or "as an ashtray", takes the form of the top of an upturned skull. 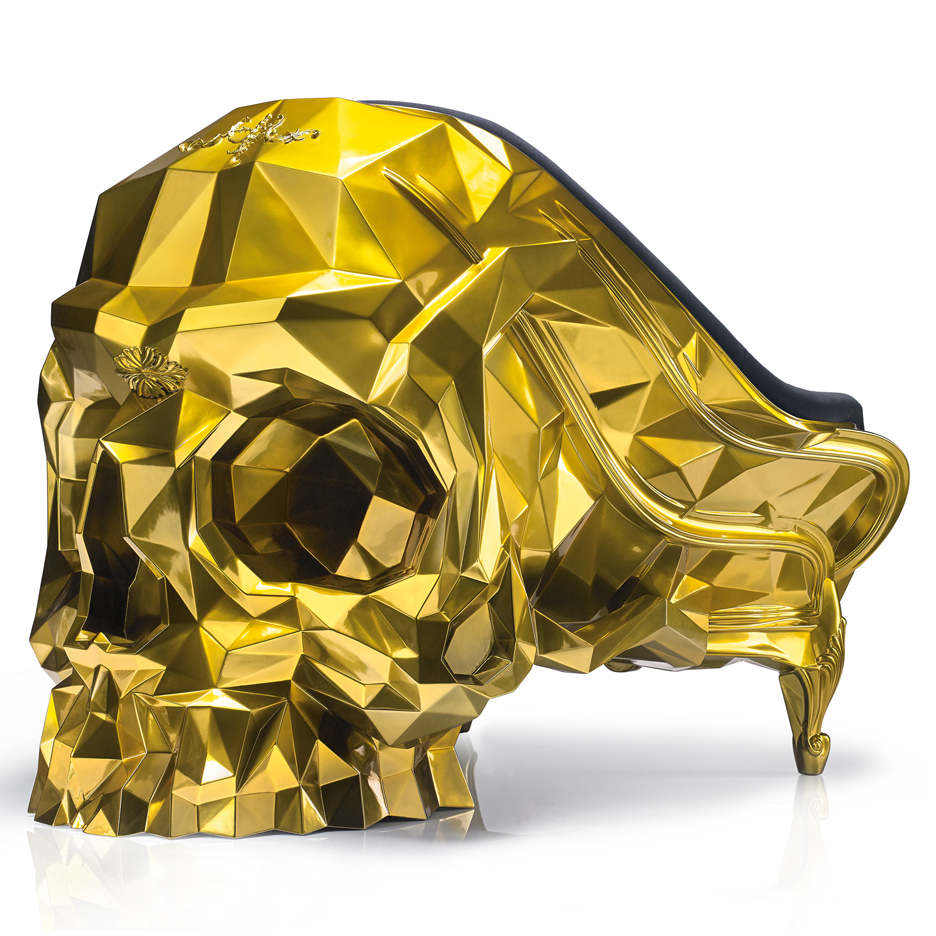 Barker hopes that the pieces will add drama to sometimes mundane homeware items.

The collection was created after Buster + Punch contributed to the renovation of Barker's studio in Los Angeles.

Each of the pieces was informed by an initial sketch of a customised drum key – a small tool used to adjust the tension of the skin of a drum – drawn by Barker.

"The range grew from a beautiful sketch Travis made of a drum key and ended up as a statement of design today – unexpected, functional, fluid and most importantly, impossible to pigeonhole," said Minale.

"In this way, it's a collection that reflects our outlook on creativity."

Previous interior pieces that have incorporated skulls on Dezeen include a 24-carat-gold skull-shaped armchair designed by French design company Harow and a chair covered in a traditional sugar-skull pattern by Fabio Novembre.