The Bartlett School of Architecture has appointed professor Amy Kulper as its director following a search to find a "transformative leader".

Kulper, who is currently the head of architecture at the Rhode Island School of Design (RISD), will replace outgoing director Bob Shiel on 1 September 2022.

"I am honoured to have been selected as the next director of The Bartlett School of Architecture and look forward to future collaborations with staff and students," Kulper said.

"We are currently witnessing a sea-change in architectural education as the architect's role is strategically expanded to include fluency and expertise in racial, social, and environmental justice and decoloniality," she added.

"The Bartlett is a global leader in the pedagogy of the built environment, and I look forward to harnessing the creative innovations of its community as we embrace this transformation in the education of the architect." 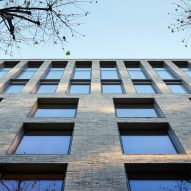 The school said her appointment came "following an international search for a transformative leader".

Bob Sheil to return to role as professor

"Amy is an inspirational voice for architectural education internationally and I am truly excited about her appointment," said professor Christoph Lindner, dean of The Bartlett Faculty of the Built Environment and chair of the selection committee.

"She has a driving passion for the transformative power of equality, diversity, and inclusion in higher education, alongside extensive and nuanced knowledge and experience in the field of architecture, bridging practice, design, history and theory."

At Bartlett, Kulper will take over from director Sheil, whose term comes to an end this year, when he will return to being a professor at the school. 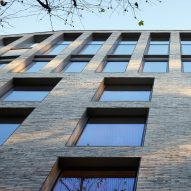 Bartlett came under scrutiny in 2021 after ex-students came forward with allegations of sexist and racist treatment, leading University College of London, of which Bartlett is a part, to launch a review.

An independent investigation, led by external agency Howlett Brown, was announced in October of last year.

The school has almost 2,000 students and staff and is ranked first in the UK for architecture and the built environment (QS World Rankings.)

Fellow UK architecture school the Architectural Association is currently searching for a new director and recently revealed five applicants for the role.