From modular buildings to lightweight metal furniture, Jean Prouvé's designs pioneered ideas and techniques that helped to define the era of mass production.

Catherine Prouvé, who has managed the Jean Prouvé archive since his death in 1984, told Dezeen that the work is better appreciated now than during his lifetime.

"I see how my father's approach towards architecture and furniture design is better understood among the younger generations," said Prouvé.

"His works feel maybe more relevant today than in his own time."

Now aged 82, Prouvé has spent the last 20 years collaborating with furniture brand Vitra to update and re-release designs from her father's archive.

She spoke to Dezeen ahead of London Design Festival, where Vitra is presenting products including the newly released Fauteuil Kangourou lounge chair, designed in 1948.

Like many Jean Prouvé designs, the Fauteuil Kangourou was originally designed for public spaces rather than for the home. This is indicative of the designer's ambition, which was to make quality design accessible to all.

Prouvé believes this attitude may have contributed to her father's work being initially undervalued.

"When I was a child, my father was making school and university furniture; he wanted to make the best at the lowest price possible," she said.

"This didn't generate much interest in the context of the time."

She recalls being upset when people used the words "barracks" or "shacks" to describe the Demountable Houses that Jean Prouvé developed to shelter those made homeless after the second world war.

"It was only later, when his furniture was picked up by gallery owners, that vintage pieces became so highly sought after," Prouvé said. "Now, his designs are better understood."

As the youngest of five siblings, Prouvé grew up in Nancy, France, with her father and mother, Madeleine.

With friends and family, she helped her father build their own modernist house in 1954, the now-celebrated Maison Jean Prouvé. "His designs were part of our daily life," she said. 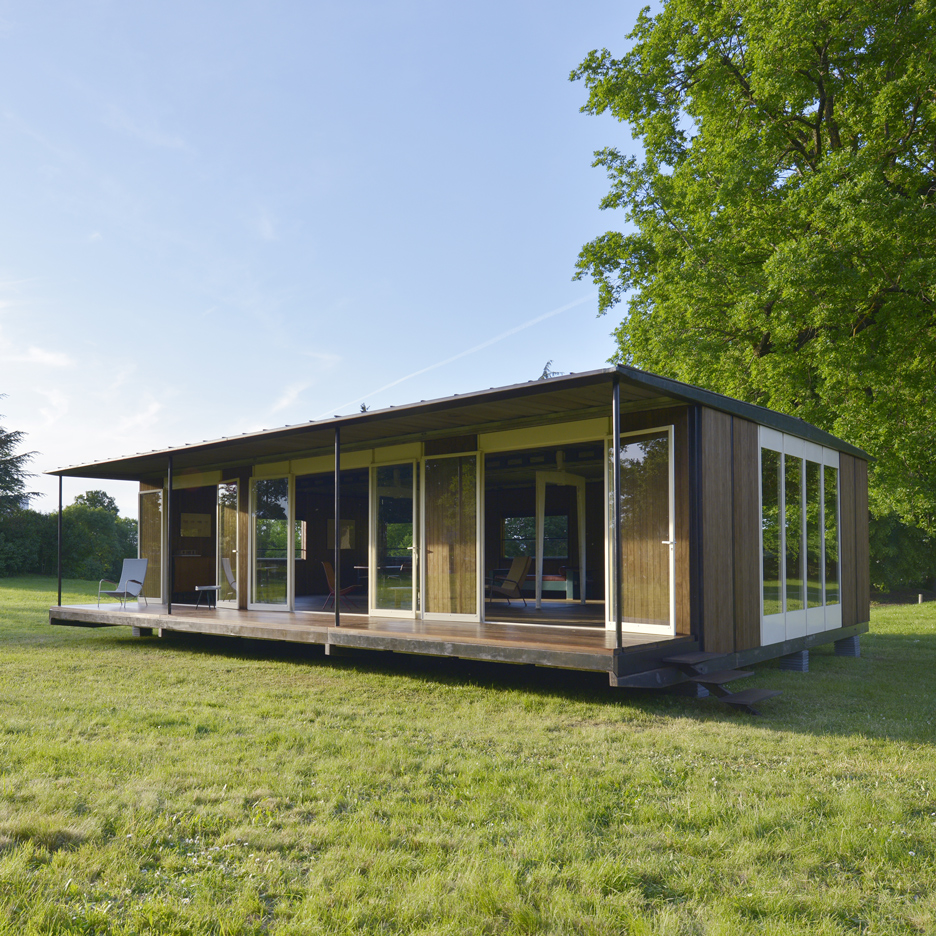 Prouvé said the greatest lesson she learned from her father was the value of simplicity in design.

"His reflection began with a sketch," she said. "He was creative and inventive, and he was inspired by new materials – sheet metal, glass, polymers – and the innovative possibilities they offered in response to housing problems."

Since 2002, Prouvé has worked closely with Vitra to release more than 20 of her father's most successful designs, including the Fauteuil Direction armchair, the Cité lounge chair and the EM Table.

The new versions were developed through close examination of vintage originals from the extensive collection at the Vitra Design Museum in Weil am Rhein, Germany.

Vitra is relaunching some lesser-known Jean Prouvé designs during London Design Festival, including the Tabouret N° 307 and Tabouret Métallique stools, and the Rayonnage Mural wall shelving.

These will be exhibited in Vitra's new London showroom in the Tramshed building in Shoreditch, which opens its doors on 20 September.

Prouvé says she feels proud to be the custodian of her father's designs.

"I believe my father would be happy and surprised to see his designs still alive," she said. "It is a big responsibility, but it's important to do it right."

The main image is by Taran Wilkhu