As the sun begins to set on our series exploring the enormous potential of solar power, Dezeen looks at some of the barriers to achieving a Solar Revolution.

Our Solar Revolution series has focused on the idea that the world is currently at a tipping point when it comes to energy – with climate change and the Ukraine war meaning that a major shift to renewables is desperately needed.

Many experts argue that solar is best-placed to lead the way, along with wind power. It is now the cheapest form of energy at the point of production and has an astonishing range of uses – from photovoltaic windows or textiles on buildings to possible applications for cars, clothes and gadgets. 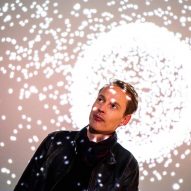 By the middle of this century, a quarter of the world's electricity needs could be covered by solar power, according to the International Renewable Energy Agency (IRENA).

But, like all energy technologies, solar is imperfect and there are multiple challenges that must be overcome in order to realise a solar-powered future. Here, we explore some of those challenges.

The major appeal of fossil fuels is that they can be burned to produce energy on demand. For solar, energy can obviously only be generated when the sun is shining – but people need power at any time.

That gives rise to issues with storage and connectivity that are discussed below.

However, as postdoctoral researcher in solar physics at the University of Liverpool Theo Hobson points out, it is possible to mitigate the issue with proper planning.

"While solar is intermittent, it's at least still pretty predictable," he told Dezeen. "The day-night cycle and seasonal changes make the biggest difference to power output, with unpredictable variations being relatively small by comparison."

"This means that while intermittency is still a challenge, it is possible to plan power management and infrastructure around the predictable aspects of solar power."

Because of the intermittency of solar power, very large amounts of energy storage are needed to make full use of it – so that electricity can be produced when conditions are sunny and then used when it's dark or cloudy.

Usually, that means batteries. But these come with their own issues as they tend to require vast quantities of lithium, an element that is in high demand with the rise of electric vehicles (EVs) and which is associated with a polluting and dangerous mining industry. 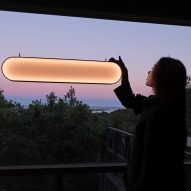 "The design industry needs to imagine a world where we use less energy, full stop"

To help deal with this issue, Hobson suggests it should be possible to use the battery in the EV parked outside your house to store electricity generated by solar panels on your rooftop for later use.

Other energy storage options are on the horizon, particularly electrolysed hydrogen where large amounts of research is taking place, but these are not yet practical.

While fossil fuels can be burned anywhere, solar power is best generated where it is sunniest.

Ideally, large solar farms spread across sparsely populated, very sunny areas like the deserts of the southwestern United States would be combined with vast cabling infrastructure to transport the energy generated to, for instance, big cities in the much colder northeast of the country.

But building that infrastructure would be a huge undertaking, particularly as it would need to pass across privately owned land, explains solar designer and technologist Alex Nathanson.

"In the US our biggest issue is distribution," he told Dezeen. "It's very hard to do new electricity distribution orders because it's hard to get that land allocated, there are tons and tons of challenges with that."

"I suspect that at some point in 20 years that'll get solved but it is a harder, farther-out horizon," Nathanson added. "There may be solutions like increasing the complexity of our electrical grids so it's not necessarily the case that it would need to go from one side of the country to the other, but this is more complex than saying technically we have the solar energy to power everything."

Part of the workaround to the intermittency of solar energy and the associated storage and connectivity challenges will inevitably involve supplementary power from other sources such as wind.

The challenge of building enough infrastructure to transport solar energy to where it is needed is a good example of the solar revolution's dependence on politics.

"It would really require a government declaring a climate emergency and being very serious about it, because it would require trillions of dollars of infrastructure investment and rewriting laws and all these things," said Nathanson.

Major government investment and favourable legislation are needed to accelerate the widespread adoption of solar power.

In many countries, including the UK, there is still little support available for the significant upfront costs associated with installing solar panels on rooftops.

Dezeen's late founder and editor-in-chief Marcus Fairs wrote in an opinion piece earlier this year about how the market is still rigged in favour of fossil fuels.

The newly appointed UK energy secretary Jacob Rees-Mogg has a well-documented history of climate skepticism, having this year called for the extraction of "every last cubic inch of gas from the North Sea".

However, as Solar Energy UK chief executive Chris Hewett wrote in a recent column, free-market thinkers – who historically have tended to align with climate deniers – are increasingly attracted to the prospect of cheap, abundant solar energy.

"Even if you're a climate denier, what you can't deny is the price-per-watt," Nathanson remarked.

Solar power might be a type of renewable energy, but producing it is not carbon-free; manufacturing solar cells is an energy-intensive process that requires finite materials.

Most photovoltaic cells are made from crystalline silicon, which has to be purified using chemicals and extreme heat before it is useful for generating solar power.

China dominates the world's solar-grade polysilicon market, with nearly half coming from the Xinjiang region in the northwest of the country where it is processed using coal power, the dirtiest of all fossil fuels. 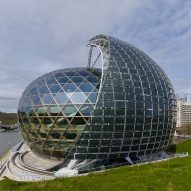 In addition to these environmental impacts, concerns have been raised that the polysilicon industry in Xinjiang is linked to the forced labour of Uyghur Muslims – a claim that Chinese authorities deny.

As explained in the Dezeen guide to solar power, scientists are exploring alternatives to silicon solar cells, but they are still expected to dominate the industry in the near term at least.

Similarly, solar panels can have a significant environmental impact when they come to the end of their life, leaching out toxic materials as they break down.

Because solar panels started to become more widely installed in the early 2000s and have a life expectancy of around 25 years, the issue is likely to become increasingly prevalent in the near future.

IRENA predicts that solar energy waste will total 78 million tonnes by the year 2050, and some academics have suggested the amount could even be much higher.

Recycling photovoltaics to recover their silicon and silver can be tricky, meaning many solar panels end up in landfill.

Solar scientist Wim C Sinke told Dezeen in a recent interview that the solar energy industry must embrace the circular economy to ensure manufacturing and waste issues do not limit its potential.

"There is no limitation [to solar power] if you do everything perfectly – if you use the right materials and introduce circular technology," he said.

"But we're not successful in that, so there are limitations, especially if we want to expand the sector rapidly."

The photography is via Shutterstock.