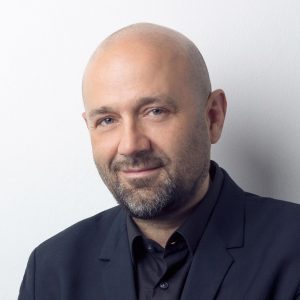 German architect Jürgen Mayer H is the founder of Berlin architecture office J Mayer H.Born in Stuttgart, Mayer studied architecture at the University of Stuttgart, the Cooper Union and Princeton University. He established his Berlin-based office in 1996, with Andre Santer and Hans Schneider joining as partners of the firm in 2014. J Mayer H works at the intersection of architecture, modern technology and communication.

Major completed projects include the Metropool Parasol in Seville as well as the design of the building for Germany's largest private university, FOM Hochschule.