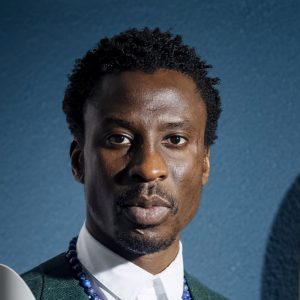 Archibong studied at Ecole Supérieure du Design Industrie and the Art Centre College of Design, before founding Design by Ini in 2010.

His designs are inspired by architecture, philosophy, product design, religion and mathematics and are created using various materials. The designer showcased tables made from solid marble with coloured glass legs based on mythological characters and biblical stories during Milan Design Week 2016. In 2018 he created a range of furniture for Sé and has collaborated with brands including Hermès, Ruinart, Bernhardt Design, and Vacheron Constantin.

Archibong has been exhibited worldwide including at the V&A, Alyce de Roulet Williamson Gallery, Triode in Paris, and the Museo Bagatti Valsecchi. He frequently lectures and gives talks at the National University of Singapore, the College Art Association Conference NYC and USC School of Architecture. He is also the recipient of the Best of NeoCon award.