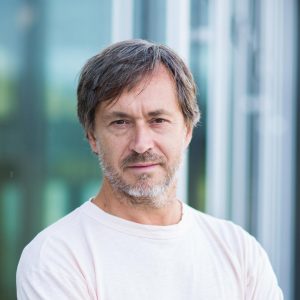 As well as running his own studio, Newson is a brand ambassador for Qantas Airways and joined the Apple design team in 2014. He has collaborated on multiple projects with Apple’s head designer Jonathan Ive including an all-diamond ring, a camera for Leica and a range of objects for a charity auction organised by U2 singer Bono.

Australian-born Newson began designing furniture as a student and has since gone on to design cars, yachts, trainers, sculptures and architectural commissions. He has worked for a number of international brands including Nike, Beretta, Hennessy, London’s Claridge's hotel and Sunbeam. In 2016 the designer reinvented Louis Vuitton's iconic luggage trunks in bright colours.

His designs can be seen in galleries worldwide including the London Design Museum, Vitra Design Museum, London’s V&A and New York’s Museum of Modern Art.

Newson was awarded a CBE in 2011 for services to design in the UK and worldwide.