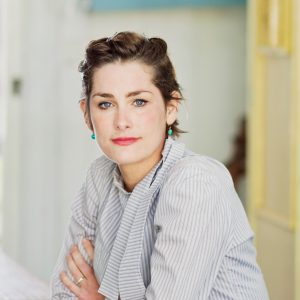 Marije Vogelzang has pioneered a design-led approach to food since graduating from Design Academy Eindhoven in 2000. She opened experimental restaurant Proef in 2004, which she ran until 2011. Vogelzang set up her own design studio to work on multidisciplinary projects involving food, including recently installing a secret vending machine.

Vogelzang has worked with numerous world-renowned brands including Lego and Vitra. She has been exhibited worldwide at museums and design fairs including Tokyo Metropolitan Art Museum, Stedelijk Museum Amsterdam, the Van Gogh Museum, Dutch Design Week and Designhuis. The recent Seeds installation at IDS Toronto, in collaboration with Caesarstone, aimed to create a sensorial experience by stimulating all five of the visitors' senses.

In 2016, Vogelzang founded the Dutch institute of Food and Design, and created the Future Food Design Awards. The designer has been acknowledged worldwide and has appeared on the GOOD100 list by Good Magazine, top 100 most creative people in business by Fast Company and Top 100 Talents by Icon Magazine.

She is currently head of the Food Non Food department at Design Academy Eindhoven, a position she has held since 2014.