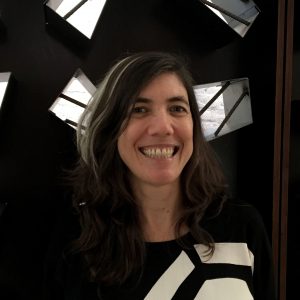 After graduating from Diego Portales University, Barclay went on to found Barclay & Crousse Architecture with partner Jean Pierre Crousse in Paris in 1994. The studio later relocated to Peru in 2006.

Barclay & Crousse has been recognised internationally; the multi award-winning studio was a recipient of the Latin America Prize in 2013, followed by the Peruvian National Prize of Architecture in 2014 and again in 2018.

Over the last decade, Barclay & Crousse has built multiple projects in Peru, including Edificio E at the Universidad de Piura, which was awarded the Mies Crown Hall Americas Prize in 2018. Further projects include Casa C3, a clifftop villa in the Peruvian desert, and Peru’s pavilion at Venice Architecture Biennale 2016, which received a special mention.

In 2000 Barclay became a recipient of the French Académie d’Architecture Fellowship and Fulbright Foundation. In 2006, she became a professor at Pontificia Universidad Católica del Perú.

Barclay became the seventh winner of the Woman Architect of the Year 2018 award for her work on the Peruvian archaeology museum Museo de Sitio Julio C Tello.