News: a former Royal College of Art student has been found "technically" guilty of plagiarism and misconduct after a company complained that his graduate design project was similar to its own services.

The RCA found that Yu-Chang Chou, who graduated from the Innovation Design Engineering (IDE) course earlier this summer, had "presented text created elsewhere as his own", although the college said that this was "absolutely inadvertent". 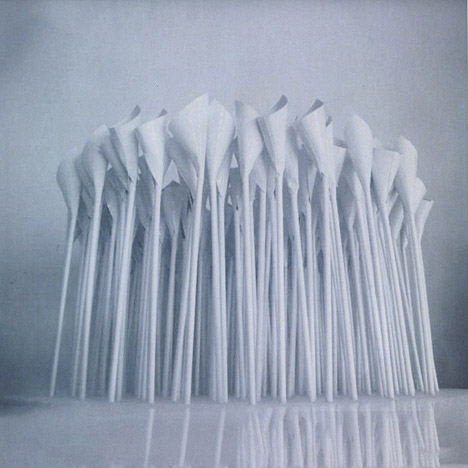 Dispute over 2012 Olympic cauldron design settled out of court

The course, which is a double master's programme run in collaboration with Imperial College London, said it would now review its procedure to prevent similar incidents happening in future.

The college has removed the project from its website and advised Chou to likewise remove the work from his site. However, since Chou had already graduated from the college when the plagiarism claim arose, it will take no further action.

"The investigation found that the student has presented some text created elsewhere as his own work," the RCA told Dezeen.

"While we accept that this was absolutely inadvertent, it does technically qualify as academic plagiarism and misconduct. As he is an RCA graduate however, ie no longer an RCA student, there will be no further action taken apart from removing his project from the RCA website, which has already been done."

Chou presented his concept for a reusable postal packaging system at the college's summer show in June. Finnish company RePack complained after seeing the project published on Dezeen.

"We regard all forms of academic misconduct, which includes academic plagiarism, as a serious offence," the college said in a statement. "Students sign up to a code of conduct upon enrolment and we expect them to adhere to this.

"Our investigation has shown that, while Yu-Chang Chou's work is similar to that of the Finnish design company RePack, he developed the product itself independently."

"However, as he has inadvertently presented text created elsewhere as his own, we have taken steps to ensure that the work is no longer available on the RCA website. In addition we have advised that Yu-Chang Chou removes all references to the work from his own website and he has confirmed that this has now been done."

"As a result of the internal investigation, IDE is to review its processes and procedures to ensure that this type of incident does not happen in the future."

The Finnish company said it was expecting a response "along these lines" from the RCA.

"We obviously weren't too pleased to see our product being directly copied by a design student and claiming originality for our work," said RePack's Jonne Hellgren. "However, other designers and students are not our enemies, but disposable packaging is. We and the world would recommend more packaging products based on reusability rather than disposability."