Design studio Artefact Group has created a conceptual smart locket that wirelessly interacts with social networks to display a digital memento of friends or family.

Intended as a benchmark for how fashion and technology can complement each other, Artefact's Purple is a proof-of-concept locket that wirelessly receives images and messages from the wearer's social networks, offering a 21st-century update to the traditional keepsake. 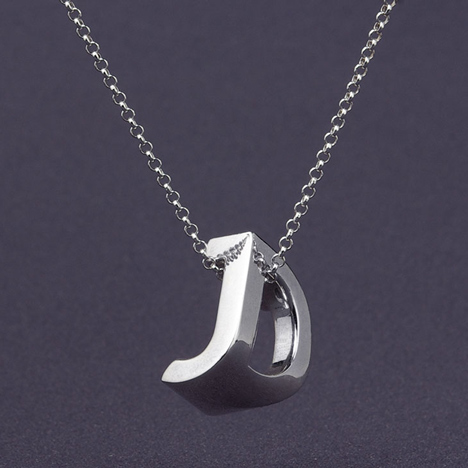 The locket is able to connect to SMS, Facebook, Instagram, and other sources, but rather than swamping the wearer with every possible update, the user first selects the people they'd like to receive notifications from.

A simple gesture control interface allows the wearer to browse these collected keepsakes, 'like' favourites, or send a message. An accompanying app enables further options like creating personalised keepsakes with filters and effects, or adding and removing people from the update list.

According to the design team, the aim of Purple is to utilise technology in a way that provides users with a break – in contrast to the always switched-on lifestyle that's often associated with connectivity.

"Our friends and family are often far away, and even if they are close by, we are often distracted by the fire hose of information and notifications and disconnect from the things that are important to us. We wanted to find a way to help people refocus on the things and people that matter."

The concept came about as part of Artefact's internal incubation program, Startefact. Designers at the studio were asked to pitch ideas they'd like the company to invest in, which would then be given a deadline to ratchet up pledges or investments, similar to Kickstarter, and Purple was one of the winning ideas.

Palaveeva believes technology is not typically led by fashion, and although Purple is a working prototype, the studio views it as a "North Star" for wearables.

"We hope it can be a case study of how the fashion and technology industry need to complement each other to deliver meaningful wearables," Palaveeva said. "We think of Purple as jewellery first, technology second. It is designed to be an heirloom piece of jewellery, it does not bombard you with notifications but uses technology to remind you of what is important."

Artefact is exploring possible partnerships to take Purple to market, but the device is firmly a concept for now.