News: Google is holding discussions with some of the world's biggest automotive manufacturers in an attempt to bring self-driving cars to market by 2020. 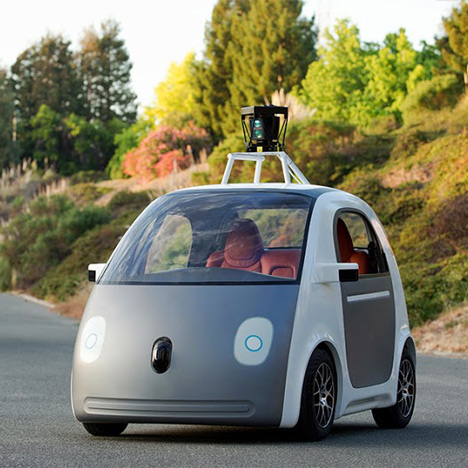 "We'd be remiss not to talk to the biggest auto manufacturers. They've got a lot to offer," said Urmson.

"At some point, we're going to be looking to find partners to build complete vehicles and bring the technology to market," he explained. "For us to jump in and say that we can do this better, that's arrogant."

Urmson's announcement comes as Google prepares to begin testing a fleet of its two-seater autonomous prototypes on the streets of California, with a view to creating production-ready self-driving vehicles within five years.

Google's current model, distinctive for its bulbous appearance, features in-built sensors designed to detect moving and stationary objects up to two football-field lengths away in all directions.

An on-board computer deciphers information gathered by the sensors, allowing it to interpret and obey traffic signals independently, avoid obstacles such as cyclists and pedestrians, and perceive changing conditions on the road and react accordingly.

But Urmson said the design was far-removed from what he expects to see on the road when the cars hit the market, describing the prototype as "a practical, near-term testing platform" that will evolve over time.

The design has already changed significantly since Google's first "mockup" iteration of its self-driving car was revealed in May 2014.

While the original test vehicle didn't have traditional driving instruments such as a steering wheel or pedals, Google was forced to include them in later prototypes as a result of new road-safety regulations implemented by California's Department of Motor Vehicles.

Google has been briefing the National Highway Traffic Safety Administration – the main auto regular in the United States of America – about its plans "from early on in our program," according to Urmson. "The worst thing we could do is surprise them."

In addition to working with major automotive manufacturers, Urmson hinted that Google might try to commercialise its technology by offering a shared network of cars that could be summoned using a smartphone app – much like the taxi service Uber.

Urmson also suggested other potential benefits, including extending motoring possibilities to disabled people or those who otherwise could not drive.

"You're really changing the relationship you have with transportation," said Urmson. "You're changing what it means to get around."

Dezeen recently spoke to Audi's Thomas Müller, the engineer leading the development of the brand's driverless sports car, who believes autonomous vehicles in urban areas could be up to thirty years away.