News: the jury tasked with selecting the design for a new hotel adjacent to Peter Zumthor's Therme Vals spa in Switzerland has "dissociated itself" with the client's decision to appoint Los Angeles firm Morphosis.

7132, which already operates one hotel nearby, announced this week that the competition jury led by Sauerbruch Hutton co-founder Louisa Hutton had recommended three schemes – by Morphosis, Steven Holl Architects and 6a Architects. The client named Thom Mayne's firm as the winner. 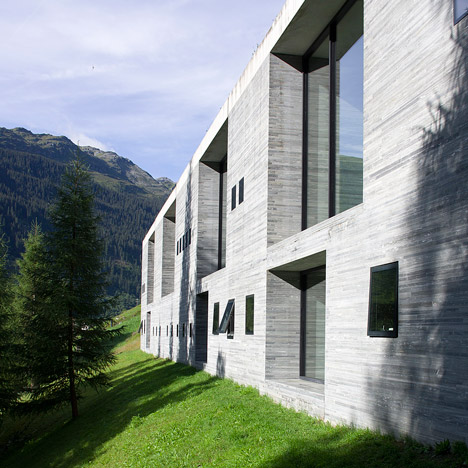 But the five jurors have now issued a statement through the Swiss Society of Engineers and Architects (SIA) distancing themselves from the appointment, which they claim took place when "a decision had not yet been made".

Translated from German into English, the jury's statement claims that an initial assessment round left "important questions unanswered" and resulted in "no clear winner".

It states that "significant question marks" had been raised regarding several factors, including architectural form, scale, materials and relationship to site, and that the competition had thus been terminated.

A total of eight firms were originally shortlisted for the competition to design the 100-suite hotel beside the Therme Vals spa, which was completed in 1996 by Swiss architect Peter Zumthor over the only thermal springs in the Graubünden canton.

Morphosis – known for buildings including the Perot Museum of Nature and Science in Dallas and the Hollywood campus of Emerson College – is expected to reveal its design at an event in New York City next month.

More from Peter Zumthor and Morphosis