Dubbed the World Cup of Drones by its organisers, the first Drones for Good awards took place earlier this month in the United Arab Emirates (UAE).

The UAE believes that drone development could be worth an estimated $10 billion (£6.5 billion) by 2025. Sheikh Mohammed Bin Rashid Al Maktoum, vice-president and prime minister of the UAE and ruler of Dubai, launched the awards with the aim of recognising drone proposals that offer practical solutions to everyday, human problems. 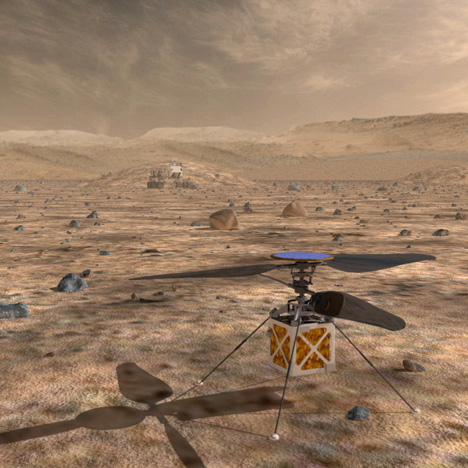 Innovative projects demonstrating how UAVs could help solve environmental, health and humanitarian issues were submitted for a national and an international award – worth $1 million (£650,000).

Proposals ranged from detecting and eradicating land mines, to altering weather behaviour with the target of making travel safer. See five of the most potentially useful scenarios below:

The winner of the international competition was the compact Gimball vehicle by Swiss team Flyability, which is designed for search and rescue missions and can maintain its stability after a collision.

The drone's propellers and electronics are enclosed within a lightweight spherical metal cage, which can rotate independently from the central components and protect them if contact with an obstacle is made.

The ball-shaped machine can also roll along surfaces while searching for victims trapped in inaccessible environments.

A team lead by Italian architect and designer Carlo Ratti is testing drones that could assess water quality.

The Waterfly project aims to capture data concerning levels of microscopic cyanobacteria, which affect the drinkability of supplies.

A swarm of the vehicles would scan and map out the areas of water, take samples and relay data to the web so it can be accessed by researchers and members of the public.

Landmines remain hidden from view below the surface of the soil in up to 70 countries around the world, according to Bosnian team CATUAV.

Aiming to help identify potentially dangerous sites in their home country, CATUAV worked with satellite company Telespazio and the European Space Agency to construct a low-cost drone that could fly over the sites and take a series of aerial photographs.

By running a series of algorithms on the overlaid images, the team was able to calculate the chances of land mine presence in a specific area based on known explosion sites.

Substances such as fine salt would be sprayed from the flying vehicles and dispersed into the low clouds, altering the microphysical processes within the vapour to break it up and improve visibility.

The team believes the method will prevent car accidents and cancelled flights, with the procedure predicted to take between 15 and 20 minutes to clear a full airport.

New Zealand's Coastguard wants to employ drones to help save the lives of people stranded at sea.

Able to operate in weather conditions too treacherous for manned flights, the autonomous vehicles could detect victims and deploy life rafts and other survival equipment.

The drones could also cover much larger search areas at a lower cost, feeding information about the sites back to search boats via on-board sensors.