News: electronics company Samsung has launched two smartphone models at Mobile World Congress in Barcelona, including one with a display that curves at the edges (+ slideshow).

The screen on the Samsung Galaxy S6 Edge is curved around the longer sides to offer an "immersive viewing experience" by continuing the interface around its edges. 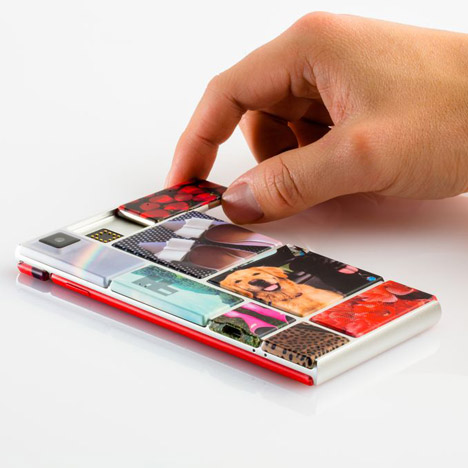 The South Korean electronics company described this as the "world's first curved display on both sides", although Japanese brand KDDI's Infobar A03 smartphone launched earlier this year also includes this feature.

Samsung set a precedent for the design last November with the Galaxy Note Edge, featuring a screen that wraps around one side of the phone. The company also unveiled a curved television earlier this year and has previously revealed a phone with an entirely arched screen, while other electronics brands including LG are also integrating flexible displays into smartphones.

The curved feature provides slightly more display space than typical phones, and allows users to swipe alerts or contacts onto the screen from the side of the device.

Samsung launched the new S6 Edge phone alongside the Galaxy S6, which has a similar design but with a flat screen. Both have an updated version of the company's Touchwiz interface and wireless charging capabilities.

"With the all new Galaxy S6 and Galaxy S6 Edge, Samsung is offering what's next in mobility, along with a new standard to drive the global mobile agenda," said Andy Griffiths, Samsung's UK president.

The Galaxy S6 measures 6.8 millimetres thick and weighs 138 grams – slightly thinner and heavier than the iPhone 6. The Edge model is marginally thicker, at seven millimetres, but weighs 132 grams. Both run on Google's Android 5.0 Lollipop operating system.

The phones' screens are made of Corning Gorilla Glass 4, which Samsung calls "the toughest glass to date". This marks a move away from the plastic screens of previous models, and these are encased in a milled-metal rim with rounded corners.

The 12.95-centimetre screen offers a pixel density of 577 pixels per inch, with an updated interface and a brighter display for viewing outdoors.

Surrounding the display, the material is available in a selection of different tones including White Pearl, Black Sapphire, Gold Platinum, Blue Topaz and Green Emerald.

The models also now feature Qi technology, which creates compatibility with wireless charging points such as those integrated into Ikea's latest furniture range.

Samsung claims that the new models charge 1.5 times faster than the Galaxy S5, providing about four hours of usage after 10 minutes of wired charging.

"By listening to our customers we continuously push forward new technologies and ideas," said Griffiths. "With a reimagined design, robust partner network and novel services, the Samsung Galaxy S6 and Galaxy S6 Edge do just this, offering users two completely differentiated products that deliver the ultimate in smartphone options."

Both phones will be available globally from 10 April with 32, 64 and 128 GB storage options.