Architects including Steven Holl and Bjarke Ingels have created Lego buildings for an installation by artist Olafur Eliasson on the High Line in Manhattan (+ slideshow).

The interactive installation, called The Collectivity Project, contains a fictional cityscape made with more than two tons (1,800 kilograms) of white Lego bricks.

Members of the public are encouraged to modify the installation, adding blocks to the architect-designed structures, resulting in an ever-changing composition.

OMA created an asymmetrical tower that gets bulkier as it rises. SHoP designed a spindly skyscraper, while BIG created a pointy tower. 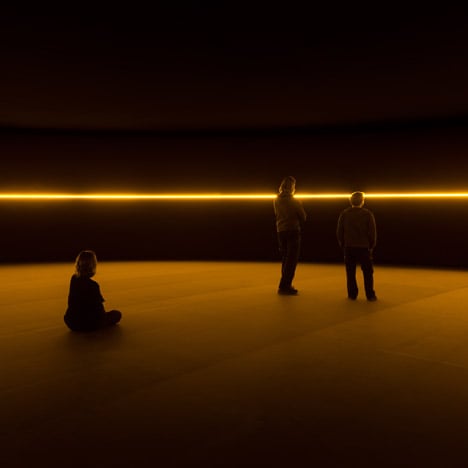 "In the cooperative spirit of the project, these initial buildings will become part of the collective architecture that the public builds over the four months of the project's installation," stated Friends of the High Line, the nonprofit organisation that oversees the park's maintenance and art programme.

The installation is located at the point where the High Line – a former elevated railway converted into a park – intersects West 30th Street.

A large mixed-use development called Hudson Yards is currently under construction nearby.

"Installed in the growing shadow of the real estate development of Hudson Yards, the mutable, human-scale artwork provides a compelling counterpoint to the concrete-and-steel towers that form the project's backdrop," the organisation said.

The Collectivity Project is part of the group exhibition Panorama, which features the work of 11 artists. The show is open to the public daily from 10am to 7pm until 30 September 2015.

A variation of the installation was first presented by Eliasson in 2005 at the Tirana Biennale in Albania. It was later shown in Oslo in 2006 and Copenhagen in 2008. The New York version was unveiled last Friday.

In 2008, the Danish-Icelandic artist gained widespread recognition in New York for the four man-made waterfalls he created in the city's East River.