Hermann Zapf was one of the most influential typographers of the early digital age. Following his death earlier this month, Rob Alderson, former editor-in-chief of It's Nice That, explains how the German designer paved the way for the emoji and helped change visual communication.

The German typeface designer Hermann Zapf – who died on 4 June at the age of 96 – had a career that spanned the glory days of hot metal composition right through to the rise of the Apple Mac, and his creations continue to inspire today's visual language in many different ways.

You can still see two of his best-known typefaces on lots of designs – Palatino is used in the Abercrombie & Fitch logo and Optima graces Estée Lauder packaging – while Zapfino led the way in bringing calligraphic scripts into the digital era.

But it's Zapf's Dingbats that may have had the biggest impact on modern communication, as this collection of scissors and stars, squares and pointing hands, formed the basis for Unicode's symbols, which in turn paved the way for the now-ubiquitous emoji. The combination of design talent and lasting impact led Jerry Kelly to compare Zapf to Michelangelo and Beethoven in the New York Times' obituary. 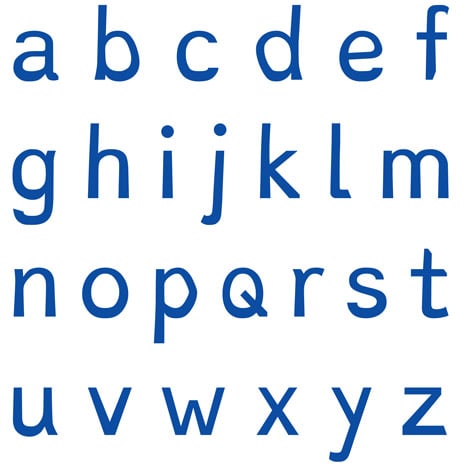 Hermann Zapf (pronounced "dzhaff") was born in the German city of Nuremberg on 8 November 1918, just days before the official end of the first world war. As a boy he was fascinated by new technology and he created a secret code, which he described as "some kind of cross between Germanic runes and Cyrillic," through which he could pass secret messages to his brother.

Unable to get into university because of Nazi suspicion of his trade-unionist father, Zapf took an apprenticeship as a photo retoucher before he was turned onto type at a 1935 retrospective of German font designer Rudolf Koch. After moving to Frankfurt he started working with the Stempel and Linotype GmbH type foundries and he created his first typeface, Gilgengart, in 1938.

After the second world war (during which he spent some time drawing coded maps of Spain) he returned to Germany and became artistic head of the printshop at Stempel, moving into teaching and book design. Palatino was released in 1948 – named after a 16th-century Italian master calligrapher – and Optima followed four years later, although Zapf hated the name, believing it to be "too presumptuous".

Zapf quickly grasped how computers might shape the future of visual communication but was frustrated in his attempts to explore this in Germany, where he was dismissed as "crazy" by some of his academic superiors.

From the early 1960s he began to spend more and more time in America where the discipline was more established – Zapf was a professor of typographic computer programming at the Rochester Institute of Technology between 1977 and 1987, although he never settled permanently in the States. He met Steve Jobs in the mid 1980s and the Apple mogul chose his calligraphic Chancery, Palatino and the ITC Zapf Dingbats – developed in the late 1970s – for his early programs.

His Dingbats typeface was a curious collection of symbols that allowed early generations of computer users to insert graphics into text, but it gained widespread fame in 1994 when Ray Gun magazine printed an entire interview with Bryan Ferry in the illegible script (editor David Carson maintained it was because the interview was so boring).

Even though Zapf's Dingbats is widely regarded as an important stage in the development of the emoji, the designer himself seemed very modest about its significance – in a 16-page biography he wrote for Linotype it merits just a single sentence.

Zapf's impact on typographic history shouldn't be reduced to a single achievement – his creations come as standard with computers purchased today and his Hz-programme for composing text on screen is incorporated into the Adobe InDesign setup still.

His talent, his visionary approach to new technology and his influence all help define his legacy – for example, he worked with American graphic designer Herb Lubalin and he taught the likes of Carol Twombly (who drew the Trajan typeface) and the Lucida typeface creators Charles Bigelow and Kris Holmes. The latter praised him as "a generous mentor, a brilliant mind, a stunning penman and a brave fighter for original design".

Andreas Weber, in his official tribute for Zapf's former employers Linotype, wrote that: "The role played by Hermann Zapf in helping transform an invaluable communication medium to enable it to transcend the analogue Gutenberg Galaxy and enter our digital information society was quite simply unique."

Gary Hustwit interviewed Zapf for his 2007 film Helvetica, and was amazed to find him still working on Arabic versions of Palatino. "Zapf represented the meeting ground between calligraphy and modern type design, and his work bridged every technological innovation in typography over the last 100 years," Hustwit told Dezeen. "The fact that he was working in his nineties was incredible, and his drawing skills were still formidable."