Designing a building is "exactly the same" as designing a Christmas card according to designer Thomas Heatherwick, amid signs that designers are encroaching on architects' territory.

"Whether something is a Christmas card or a masterplan for a site that's eight miles long, we've found it's exactly the same process that you're going through," said Heatherwick, whose first major building, the Learning Hub at Nanyang Technological University in Singapore (main image), opened earlier this year.

"The passion is solving problems," added the designer, who studied 3D design at Manchester Polytechnic and then Design Products at the Royal College of Art.

"We just see everything as problems, whether it's [the Olympic] cauldron or a 4 million-square-foot development in Shanghai. It's just a problem to solve."

Heatherwick, who for years was best known for the elaborate Christmas cards he sent each year but whose work is becoming increasingly architectural in scale, made the comments during a question and answer session after delivering the annual New London Architecture lecture on Tuesday evening. 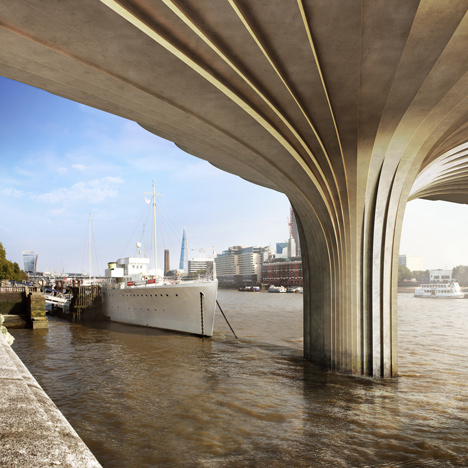 "The rigour is the same," he added in response to a question by host Peter Murray about whether architecture and design were different. "It's the same stepping back, trying to analyse and try ideas and refine and reject."

The London-based designer's most recognisable building is the Seed Cathedral, the spike-covered pavilion he designed for the UK at Shanghai Expo 2010.

Other recent architectural work by Heatherwick includes a distillery in England, while projects in the pipeline include the vast Google campus in California, a park over the Hudson river in New York and the controversial Garden Bridge in London.

Prolific Japanese design studio Nendo, which until now has specialised in furniture, industrial design and interiors, is also making a strategic move into architectural projects.

"We are shifting more into architecture at the moment," Nendo's Oki Sato told Dezeen in an interview in April. "We are working on a big shopping centre in Bangkok at the moment. We are designing a station with parks and cafes and theatres and stuff like that, very close to Kyoto in Japan."

Sato said that earlier in his career he wanted to be an architect but decided to focus on smaller projects after visiting the Milan furniture fair and seeing the work of architects exhibited there.

"I was thinking I would become an architect and I was in Milan in 2002," he said. "I was so excited that architects were designing teacups and everyone was designing things so freely. I felt that I wanted to exhibit in Milan so I said: 'OK, I can think about architecture later'."

London designer Ron Arad – who abandoned an architectural career to make furniture out of scavenged materials – has long worked on architectural projects, including the Design Muesum Holon in Israel.

Others are now following in Arad's footsteps. Dutch designer Piet Hein Eek is working on a range of buildings, while Karim Rashid is developing designs for a building in New York.

Dror Benshetrit is another designer who is starting to pick up architectural commissions, ranging from villas and skyscrapers to a huge artificial inhabited island off the Turkish coast.

"Ever since we've been practicing architecture, our clients have been so proud to share with other people that I'm not an architect," Benshetrit told Dezeen. 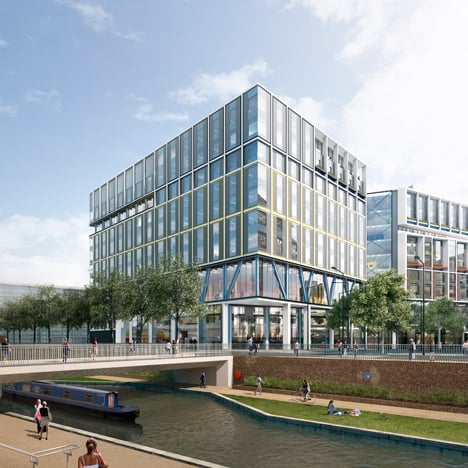 Benshetrit suggested that the separation of creative education into separate specialisms was outmoded and could soon be replaced.

"Many, many, many years ago creative people used to do more than just one thing, he said. "Education fragmented the arts into a lot of different specialised profession. And I see that changing back. I think it used to be more common in the past."