The work of four designers – taken from a range of disciplines including architecture, fashion and product design – is on display in this year's show, which is based around the topical theme of migration.

"Migration is a word that has become more and more charged," said Design Museum director Deyan Sudjic in an introduction to the exhibition. "This is about exploring the many meanings of what migration is – it's about movement, and how cultures adapt and change." 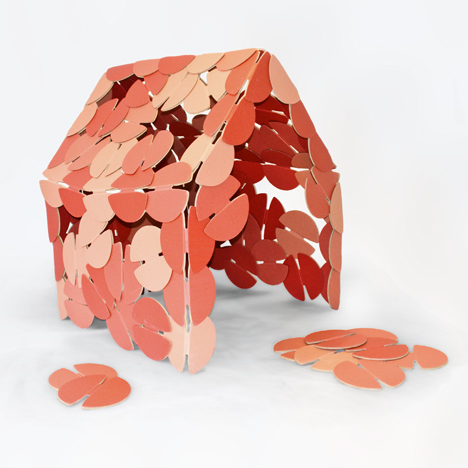 Hefin Jones' Cosmic Colliery considers how local Welsh communities could play a role in the future of space travel, with a suggestion for the ways that disused mines could be converted into underwater astronaut training centres.

"The purpose of choosing astronaut training centres is it's the most ambitious application of that industry I could choose," Jones told Dezeen.

"It's a massive design challenge, but if a community can come together to talk about something big, then they can start to think big about other things."

Fictional plans and drawings are on display, alongside a hand-stitched Cosmic Colliery flag, a short film and a set of photographs, all intended to convey a range of possibilities rather than function as concrete plans.

"Some people possibly don't see this as design," he added. "They see design as a producer of things, but it can also be a producer of culture, rituals and politics. I've tried to communicate that design can construct dreams."

Fashion designer Alexa Pollmann's Cultural Indivicracy: Tale of a Future Government project presents a set of four costumes, imagined for a future where national boundaries are blurred or non-existent.

The clothes – which Pollmann said used "a lot of sci-fi thinking" – include a waistcoat with an attached wheelable backpack, a set of four headpieces that cover the faces of the wearers, and shoes with built-in springs in the soles.

"The narrative aspect of fashion is so huge that it's a great way to talk about what's going on in culture and society," she told Dezeen. 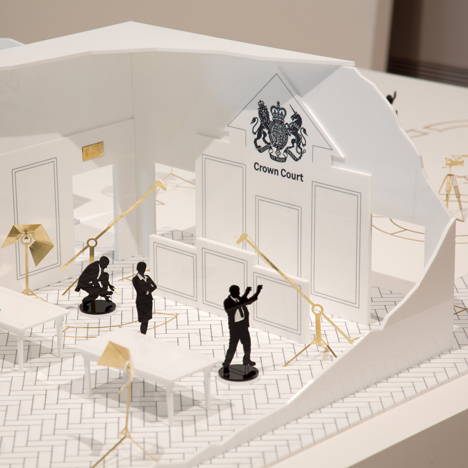 The designer also worked with a choreographer to create a new national dance, which is on display as part of an accompanying short film.

Product designer Stephanie Hornig has considered the implications for city dwellers that move around a lot, with a chair, table and cabinet made of lightweight aluminium.

Constructed from Hylite – aluminium with a polypropylene core – the furniture can be folded in any direction, meaning it's easily flattened, transported and re-assembled.

Costing the same as standard aluminium, the panels that make up the furniture are milled with a computer numerically controlled (CNC) router and glued together.

"I think it's very important to keep challenging materials and keep looking at how our culture and society changes," Hornig told Dezeen.

On display are three possible models – a black drone encircled by a strip of LED lights that can change colour to "communicate" with people, a smaller white-patterned model for use in the house, and a bird-shaped design, intended for use outdoors.

"It's about marrying the possibilities with our concerns," Green told Dezeen. "They're about looking at what effect they'll have on our environment and what they can do for us."

"I was thinking of drones as more of an aerial infrastructure. It was about looking at how they integrate into these different places and what our interaction with them might be."

Now in its eighth year, the Designers in Residence programme takes place at the Design Museum, and invites designers to create work in response to a new theme set each year. This year's exhibition opened yesterday and runs until 31 March 2016.