Architect Renzo Piano has unveiled designs for another London skyscraper – a 224-metre cylindrical tower expected to do for Paddington "what The Shard did for London Bridge".

The 65-storey mixed-use tower at 31 London Street will accommodate 200 new homes, as well as offices, shops, restaurants and cafes, all set within 4,000 square metres of new public space.

"The creation of urban public realm has been at the forefront of our design," said Renzo Piano, who has also just revealed plans to convert a Moscow power station into a new arts venue.

According to the architect, the £1 billion development will improve connections between the railway station and the entrance to the Bakerloo tube line, reflecting the area's importance as a gateway into the city.

"The current public realm in Paddington is poor, with congestion in and around the entrance to the Bakerloo line leading to frequent closures," he said. "This scheme looks to remedy those issues, while creating a wonderful sense of place which Paddington greatly needs." 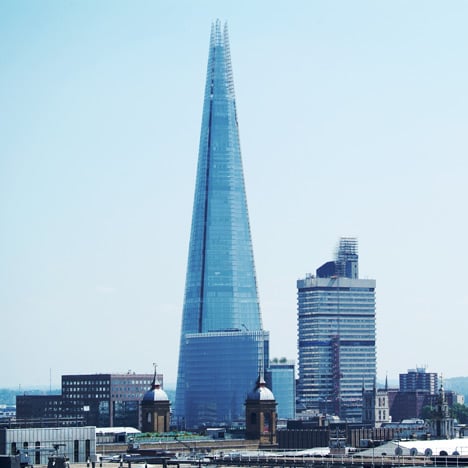 Unlike The Shard, which features a tapered form that references London's historic church spires, the tower at 31 London Street is envisioned as a cylindrical form. It will have restaurants on the 60th, 61st and 62nd storeys, and an open-air roof garden modelled on Kew Gardens.

"We believe this exciting proposal will tap into the potential of Paddington and will prove to be a major catalyst for the continuing enhancement of the area, in much the same way that The Shard did for London Bridge," said Sellar Property Group chairman Irvine Sellar.

"This site shares much of the same DNA with its proximity to a major transport hub with tube, railway lines and bus routes, a neighbouring leading teaching hospital and the potential to provide much needed quality public realm."

The building could become the fourth tallest in the capital, behind The Shard, One Canada Square and 110 Bishopgate.

A planning application is expected to be submitted to Westminster council next month, with a completion date scheduled for 2020 – two years after the east-west Crossrail line will open at Paddington station.

Piano was reportedly also commissioned by Sellar Property Group to design a 27-storey residential tower next door to The Shard.