The designer, who grew up playing golf, wanted to create garments that would make the sport more appealing to a wide range of people.

"I love the game, I want to open it up," Page told Dezeen. "But there was nothing that normal people outside golf would want to be involved with."

Page designed two patterned golf jumpsuits that belt at the middle: one short-sleeved design featuring polka dots and a polo shirt collar, and one long-sleeved with yellow, blue and white cloud shapes, and a ribbed collar and cuffs.

He then photographed white, black and Asian models wearing the outfits.

"In the choice of models I’m trying to create fashion for anyone," he said. "United Colours of Benetton is the image in my head.

To pattern the jumpsuits, Page referred to maps from elite golf courses as well as the kind of language typically used by golfers to design visuals that would "open the sport".

"There are only a few restrictions in golf, and that's the type of cut of the clothing – it has to have a colour, be a different length, and it can't have a large logo," he told Dezeen.

"Aside from that I realised that many of the companies weren't really taking adventurous steps. They were maybe making very kitsch loud pants, but nothing which normal people, outside of golf, would want to approach or be involved in," the designer added. 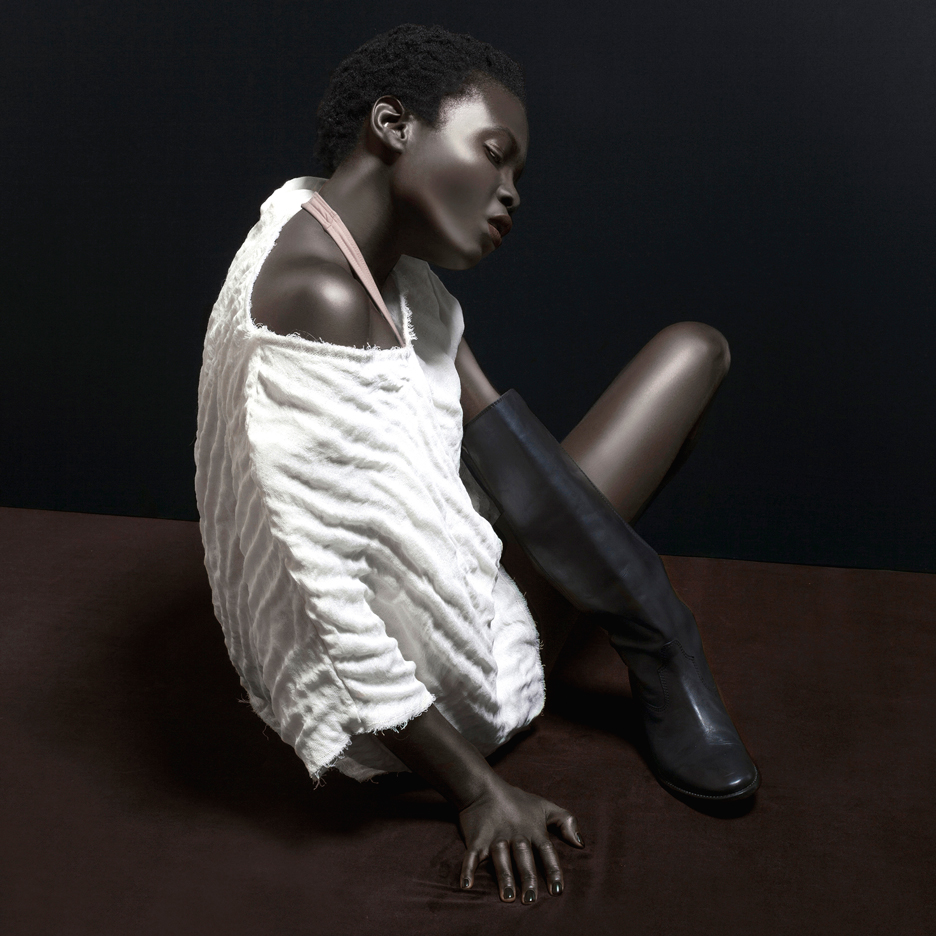 Page also highlighted golf's lack of racial diversity, explaining that he created the garments as a way of encouraging an atmosphere that would be more inclusive, and more appealing to a wider group of individuals.

"It's a big machine. I can try to fix it, or work with one point of the machine," he said. "I started the project trying to design a golf course – an experience where people would go to play putt putt, but they go to a larger golf course."

"But that was a bigger ambition, so I thought clothing is something manageable and tangible that people can connect with. It's a nice starting point for an idea," he added.

Birdie is on show at Design Academy Eindhoven as part of Dutch Design Week, which runs from 17 to 25 October.

Other fashion collections on display include Vera de Pont's cut-out clothes that are assembled by the wearer, and Jessica Smarsch's textured garments based on muscle movement data.

In his opening speech to the show, creative director Thomas Widdershoven commented on Design Academy Eindhoven students' shift in attention away from creating beautiful objects and towards addressing real-world issues.