Three 60-metre-high arches crisscross the deck of the Juscelino Kubitschek Bridge in Brasília, which provides the letter J in our alphabetical countdown to Christmas.

It provides a vehicular and pedestrian crossing over Lake Paranoá between the city centre and the eastern shore, and aligns with the Brazilian capital's Monumental Axis – the huge avenue that is often falsely described as the widest road in the world. 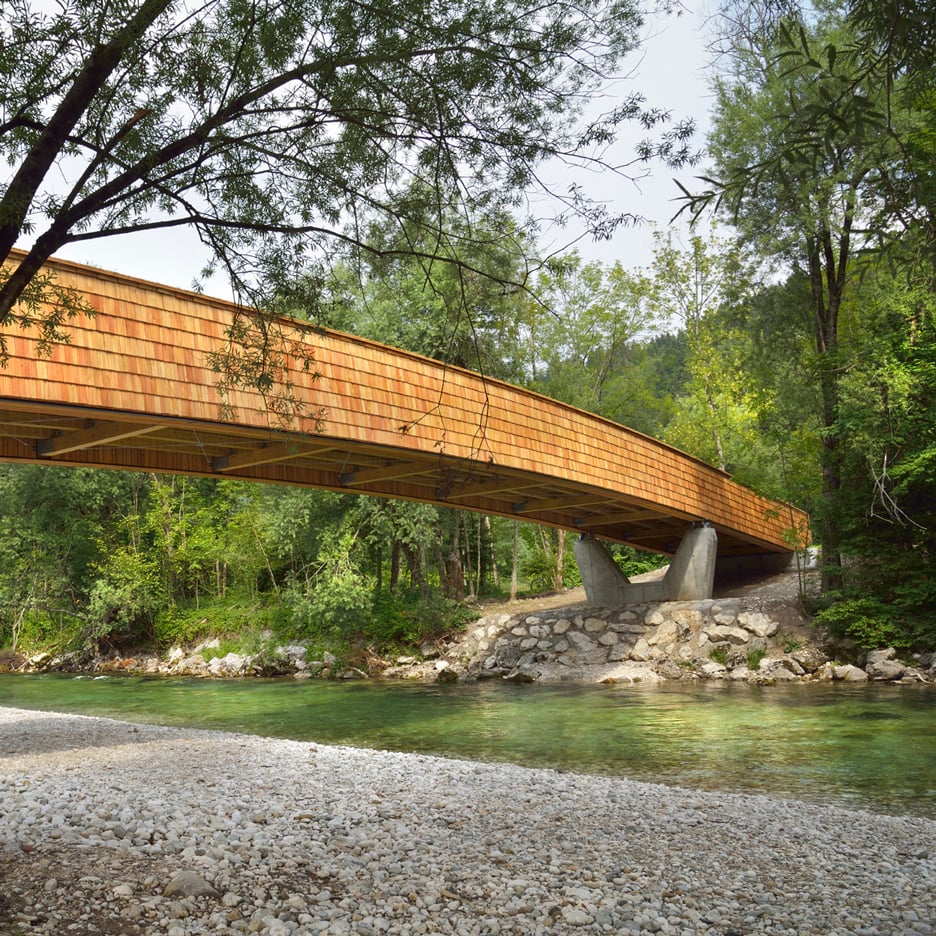 Chan's competition-winning design was based around the idea of a structure that could become an instant icon for the city, rather than just a simple crossing that looks like a normal road.

By creating huge concrete arches that cross the road diagonally, he was able to simplify the bridge's form. Steel cables extend down from each arch in two directions to support the deck, which carries six lanes of vehicular traffic as well as pedestrian and cycle paths.

The structure is named after former Brazilian president Juscelino Kubitschek de Oliveira, the man behind the construction of Brasília in the late 1950s, including the commissioning of Oscar Niemeyer to design the city's public buildings. It is also known as the President JK Bridge.

Two years after completing the Juscelino Kubitschek Bridge, Chan also unveiled another major Brazilian crossing – the Bridge of Knowledge in Rio de Janeiro, marking the entrance to the 2016 Olympic city.