A new copyright law in the UK will "wipe out" design book publishing and cripple design education, according to author and publisher Charlotte Fiell.

Fiell, an editor at London design publisher Laurence King and the author of over 30 design books, has written an open letter to the UK intellectual copyright office to complain about the new law, which will restrict the way that 2D images can be used in publications, image libraries and museums.

"It will have a highly detrimental effect on not only illustrated publishing in this country, a culturally important export business, but also the teaching of design and ultimately the UK's creative industries as a whole," Fiell wrote in the letter. 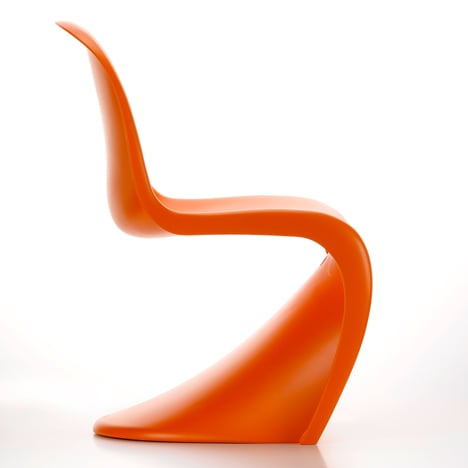 "As design historians, design writers and design educators, we the undersigned urge the government to reconsider the imminent implementation of this legislation with regards the use of 2D images of designed objects in publications," wrote Fiell, who is one of the world's most prolific and successful design writers.

New legislation regarding the use of images of "works of artistic craftsmanship" is being introduced next year as part of the Enterprise and Regulatory Reform Act.

The legal reform will extend copyright protection on mass-produced artistic works from 25 years to the length of the author's life, plus 70 years – the same as books and music.

"What we've got here is an unintended consequence of probably well-meaning legislation, but it could have a disastrous effect on design teaching and general debates about design too," Fiell told Dezeen.

"Protecting designers' rights is all very well, but if it's going to stymie design history and research and publishing, then it's not such a good idea," she added.

The law was originally going to be introduced in April 2020, giving a transitional period of five years for publishers to adapt schedules and plans. However the government now hopes to introduce the law in 2016 after receiving complaints that the five-year period was too long.

"You're just going to effectively wipe out the illustrated book market," said Fiell who, together with her husband Peter, has written or edited 32 books and sold over three million copies worldwide.

"The ultimate effect will be that you have a contraction of publications, and eventually it will hit design education because there will be less research done."

The law would also apply to publishers' back catalogues, meaning reprints would require a new round of image licensing to comply. 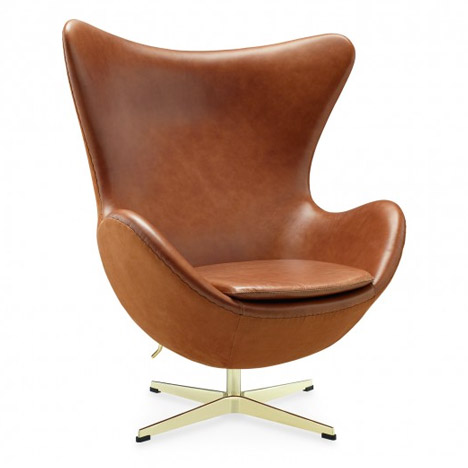 Fiell suggested that letting design brands or estates decide whether or not to license images to publications could also be a form of censorship.

"When you're thinking of putting it in a publication that's a form of review," she said. "If you're not allowed to write and show things, then it's censorship."

"There's a simple fix, which is to have what's known as a carve-out clause that says yes this governs 2D copies or representations, but not if they're used in publications or for review purposes," she added.

According to the consultation document, the government will make no distinction between a 3D or 2D copy.

"It'll be up to a judge to decide whether it is a work of artistic craftsmanship or not, which could open publishers up to a huge amount of legal costs," said Fiell.

"The thing that I am concerned about is that design history is a relatively new discipline," added Fiell. "Designers are a really important topic, and being able to talk about that material of culture, and try and look at the past to learn for the future is hugely important."

The act is currently undergoing a consultation period, which began in October 2015 and continues until 23 December.

Charlotte and Peter Fiell, described by their own website as "arguably the bestselling design writers in the world," worked as editors-in-charge of design books at publisher Taschen between 1993 and 2007.

They then founded Fiell Publishing, which later merged with Carlton Publishing in 2012 to form design-led publisher Goodman Fiell in 2012.

Their publications include Chairs: 1000 Masterpieces of Modern Design, 1800 to the Present Day, published by Goodman Fiell in 2012, and Scandinavian Design, published by Taschen in 2002.

A copy of Fiell's open letter to the Intellectual Property Office can be read below.

Despite concerns having been raised by members of the Faculty of Law at the University of Cambridge as well as by various representatives of the publishing industry that produce design books in early 2013, the IPO and the government decided to press ahead with the repeal of section 52 of the Copyright Designs and Patents Act 1988, with it eventually receiving Royal Assent in April 2013.

As design historians, design writers and design educators, we the undersigned urge the government to reconsider the imminent implementation of this legislation with regards the use of 2D images of designed objects in publications. The reason for this is that if the repeal goes ahead in its current form it will have a highly detrimental effect on not only illustrated publishing in this country, a culturally important export business, but also the teaching of design and ultimately the UK's creative industries as a whole. Publications on design practice and design history are vitally important teaching tools, yet the new legislation will make them economically unviable to produce, adding in some cases tens of thousands of pounds onto the production costs of certain titles. As a result, research and writing within this important subject area would be stymied.

Apropos of the repeal, it is not a question of transitional arrangements being made or extended, but rather the need for a proper "carve out" clause to be added to the legislation. Photographs of designed objects when used in publications – whether in books, magazines or online – should not, it could be reasonably argued, be subject to the same copyright rules as 3D copies. There is an enormous difference between a photograph of a design being used for review purposes and a knock-off copy of a design manufactured for commercial ends. As it stands the legislation is so lacking in clarity that at the moment photographs of any manmade object could potentially fall under the legislation's categorisation of being a "2D copy" of a "work of artistic craftsmanship".

Making photographic representations of designed objects used in publications an exception to the new copyright legislation would appear to be permissible under EU law, as the extent of copyright protection may be determined by each Member State according to Article 17 of the Design Directive and Article 96(2). Given this, it is surely in the best interests of the British government and those they serve to urgently address the concerns raised, as otherwise livelihoods will be threatened both in the UK's illustrated publishing and design teaching sectors, and ultimately design education in this country will lose its pre-eminence as a result.

Rather than protecting the interests of designers, the legislation in its current form is likely to do the exact opposite because it will in the long run erode the standing of designers, as their work is less likely to be promoted and reviewed in publications. Unless a "carve out" clause relating to the use of imagery in books and journals is inserted into the legislation, the repeal will undoubtedly constitute a form of economic censorship that will have devastating consequences for the future of design in this country.

We are grateful for any help you can give in this matter.