Buckminster Fuller's principles of tensegrity informed the structural design of the Kurilpa Bridge in Brisbane, the latest addition to the Dezeen A-Zdvent calendar.

The Kurilpa Bridge is the brainchild of Cox Rayner Architects – the Brisbane studio of Australian firm Cox Architecture – although Arup acted as both structural engineer and design partner.

Viewed from most perspectives, the bridge looks like a mess of cables and beams. The slender round beams extend out at different angles, and steel cables branch out from them to support the 470-metre-long deck.

The design team described it as the "world's first tensegrity bridge", due to its combination of components in tension and in compression.

The term – a combination of the words tension and integrity – was first coined by American architect Buckminster Fuller in the 1960s, and is applicable to any structure that relies on the balance of components, rather than singular supports. 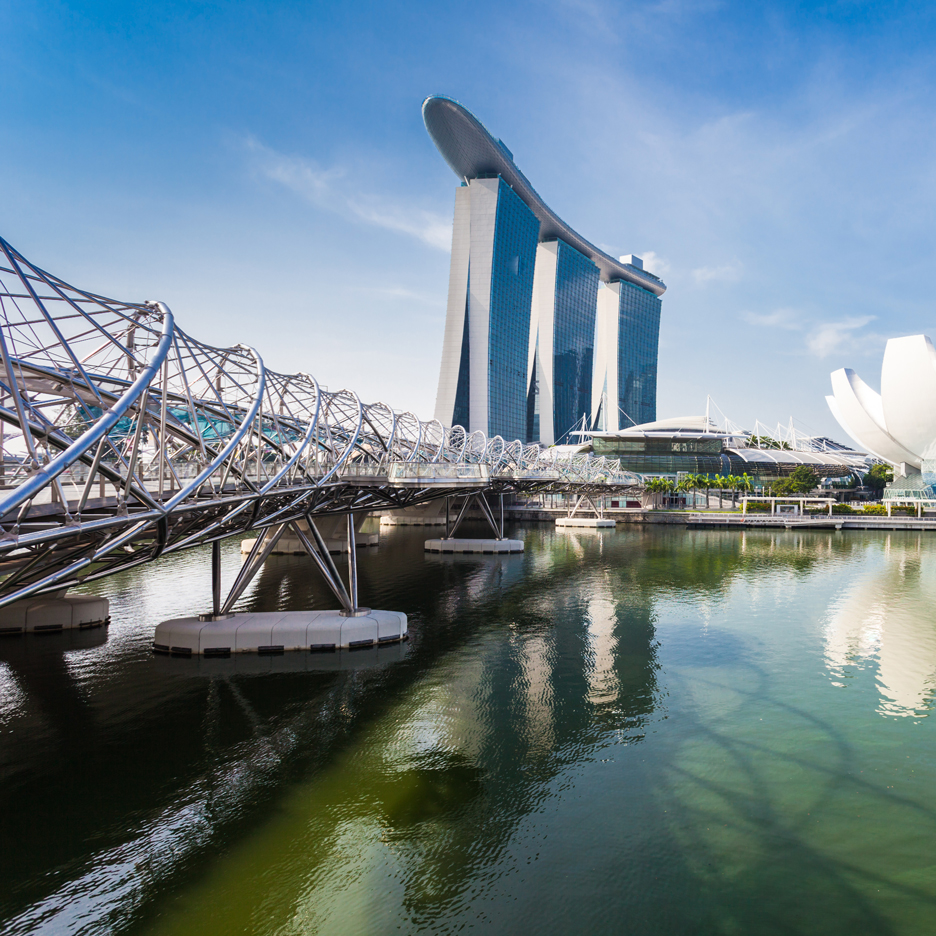 "To untutored eyes, the supporting structure does not make sense; the seemingly chaotic cables, the spiky stick-like masts and the improbable thinness of the central span, defy any structural logic we are familiar with," said Haig Beck and Jackie Cooper in their 2012 book Kurilpa Bridge: Brisbane's New Bridge.

"Bridge designers usually make a big point of expressing how their bridges work," they said. "The Kurilpa Bridge doesn't do this. It has disturbed and teased our expectations."

Completed in 2009, the bridge provides a pedestrian and cycle crossing over the Brisbane River in the heart of the Australian city. Along with the Goodwill Bridge, which opened in 2001, it completes a loop between the south bank and the central business district.

Two platforms project out from the deck to create viewing decks. These areas feature benches and canopy shelters, inviting pedestrians to stop and rest.

At dusk, the structure is illuminated with white lights. As evening draws on, these change into a dynamic light show of varying colours, all powered by 84 attached photovoltaic panels.

Images courtesy of Shutterstock unless otherwise stated. Cover image is by Andy Gardner.