The new branding retains the TV channel's "puzzle logo" – nine multi-coloured pieces originally designed by Lambie Nairn in 1982 – but breaks it down into its constituent blocks.

These pieces, described by Channel 4's creative team as "kryptonite-like", feature in a set of four films directed by Jonathan Glazer, as well as in typefaces, on-screen menus, and graphics.

"The blocks represent Channel 4's incredibly diverse qualities," said Chris Bovill and John Allison, heads of 4Creative. "The blocks are free to demonstrate our remit; to be irreverent, innovative, alternative and challenging."

British designer Brody – Dean of the School of Communication at the RCA and founder of Brody Associates – has created two new custom typefaces for the identity: Horseferry and Chadwick. The designs come in three and five weights respectively, with Horseferry intended for display purposes, and Chadwick for information. 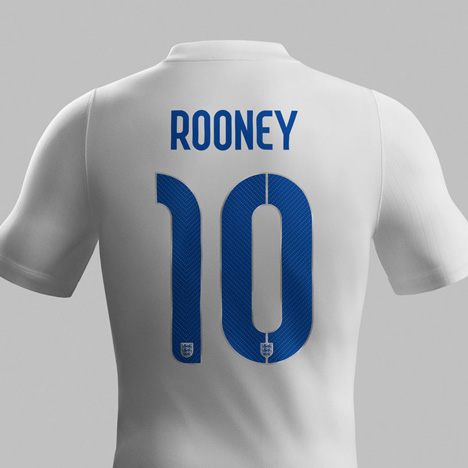 The designer – who worked as an art director for The Face magazine in the 1980s – relaunched his Research Studios practice in 2014, rebranding as Brody Associates because "people didn't really understand its former name".

"We focused on creating a scalable typographic language which was based on the idea of a new British Gothic, one to which we then added imbalanced flourishes and imperfections, celebrating the idea of our nation as one of inventors, eccentrics and individuals," said Brody.

Chadwick takes its reference from "the dependable language of our motorways, railways and information systems", while Horseferry is "a corruption of this into a more unpredictable form".

The angled cuts of Horseferry echo the graphic shapes of the Channel 4 logo, while Chadwick's rounded, geometric shapes have been designed to be robust and legible.

"It's 10 years since the last rebrand and in that time the landscape and fabric of television has completely changed," said DBLG founder Grant Gilbert. "We don't just watch TV on our TVs anymore and we dont need the brand logo constantly shoved in your face."

"Most TV branding these days is like watching wallpaper. It's pleasant but gets boring very quickly," added Bovill and Allison. "However, Channel 4 is much more than just a big shiny number and some nice vibes."