Disney Research Zurich and Swiss technology institute ETH have developed a four-wheeled robot with integrated propellers that allow it to scale vertical surfaces.

VertiGo is driven by a user like a remote-controlled car, but adjusts its propellers automatically in response to changes in the surrounding surfaces.

It can move from horizontal to vertical planes using the thrust provided from the propellers, which also help the vehicle to drive over rough materials like masonry.

"By transitioning from the ground to a wall and back again, VertiGo extends the ability of robots to travel through urban and indoor environments," said Paul Beardsley from Disney Research Zurich, who worked with a team from ETH on the project. "The robot is able to move on a wall quickly and with agility."

The propellors are housed in the centre of the chassis. Each one is mounted within two concentric ring-shaped frames controlled by rotary motors known as servomotors, which allow for precise control. 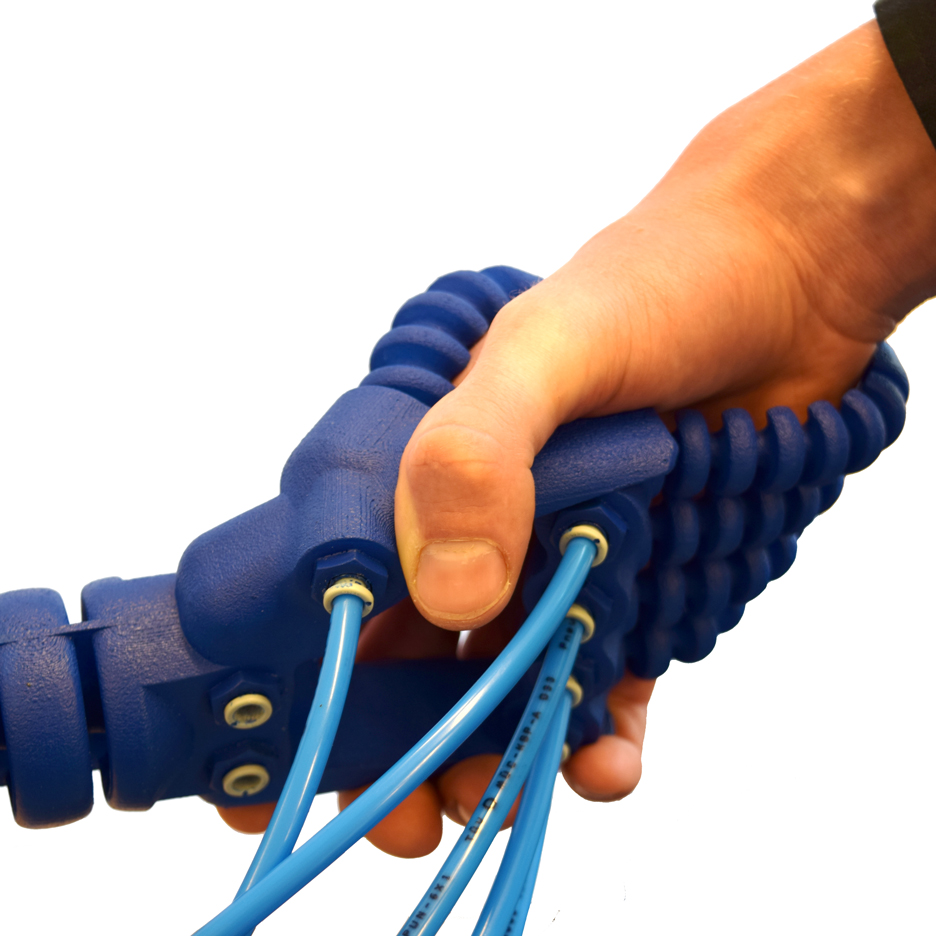 The motors allow both frames to move independently, so the propellors tilt with the robot's orientation.

"The choice of two propellers rather than one enables a floor-to-wall transition," Beardsley said.

"Thrust is applied both towards the wall using the rear propeller, and in an upward direction using the front propeller, resulting in a flip onto the wall."

The propellers provide all of the forward movement, so none of the four wheels are motorised. They remain in contact with surfaces at all times and one pair of wheels is steerable, so a human can remotely control its path.

The device is built from a range of light materials to keep its weight as low as possible.

Carbon fibre forms the central baseplate, while 3D-printed parts are used with carbon-rods to create more complex three-dimensional structures like the wheels and suspension system. 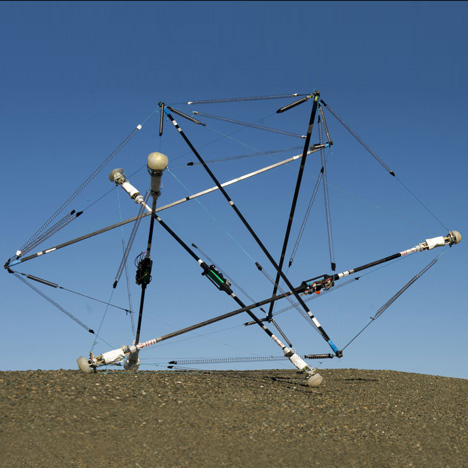 The design includes eight individually controlled motors. All of the electronics and wires are carried on the baseplate, including an on-board computer.

A six-axis inertial measurement unit (IMU) in the centre captures data about the forces acting upon the vehicle.

It works with two infra red distance sensors mounted on the front to estimate the robot's orientation in space.

Using this information, the computer then devises the best positions for all the motors, so the user can direct the vehicle easily.

Robots were one of the top architecture and design trends of 2015. Over the year, drones were used to build complex woven structures, plans for robot shopping delivery services were unveiled, and it was announced that robot-crane hybrids will be used to build BIG and Heatherwick's Google headquarters.

Disney Research is also developing a method for printing electrostatic loudspeakers in any shape, with trials including a rubber duck and a spiral.