The exhibition – called Unpacking the Cube – opened at Chamber this week, a design gallery located at the base of the HL23 building designed by architect Neil Denari along the High Line.

The architect-designed pieces – which range from abstract concrete sculptures to a collection of salt blocks – are on view in a single rectilinear room within the L-shaped gallery, which was designed by MOS Architects. All of the pieces are for sale.

The exhibition consists of work by respected firms at various stages in their development: Steven Holl founded his practice in 1976, Levenbetts was started in 1997, and Leong Leong was established in 2009.

Unpacking the Cube is the first Capsule show coinciding with Chamber's annual Collection, Human | Nature, about humankind and the natural environment.

Both were curated by Andrew Zuckerman, an American filmmaker and photographer known for his hyper-real images set against white backgrounds.

"We wanted to do a show with architects for a number of reasons – one being that architecture is the one practice that really studies humans' relationship with nature at its most basic form," Zuckerman told Dezeen. "It is the fulcrum between us and nature."

Zuckerman asked the three firms to tap into the conceptual roots of their practice and convey their ideas through physical objects that could be put on display like art.

"We can't all collect buildings," he said. "We wanted to look at ways that architect's ideas can be executed in final forms and in designs that are collectible and understandable." 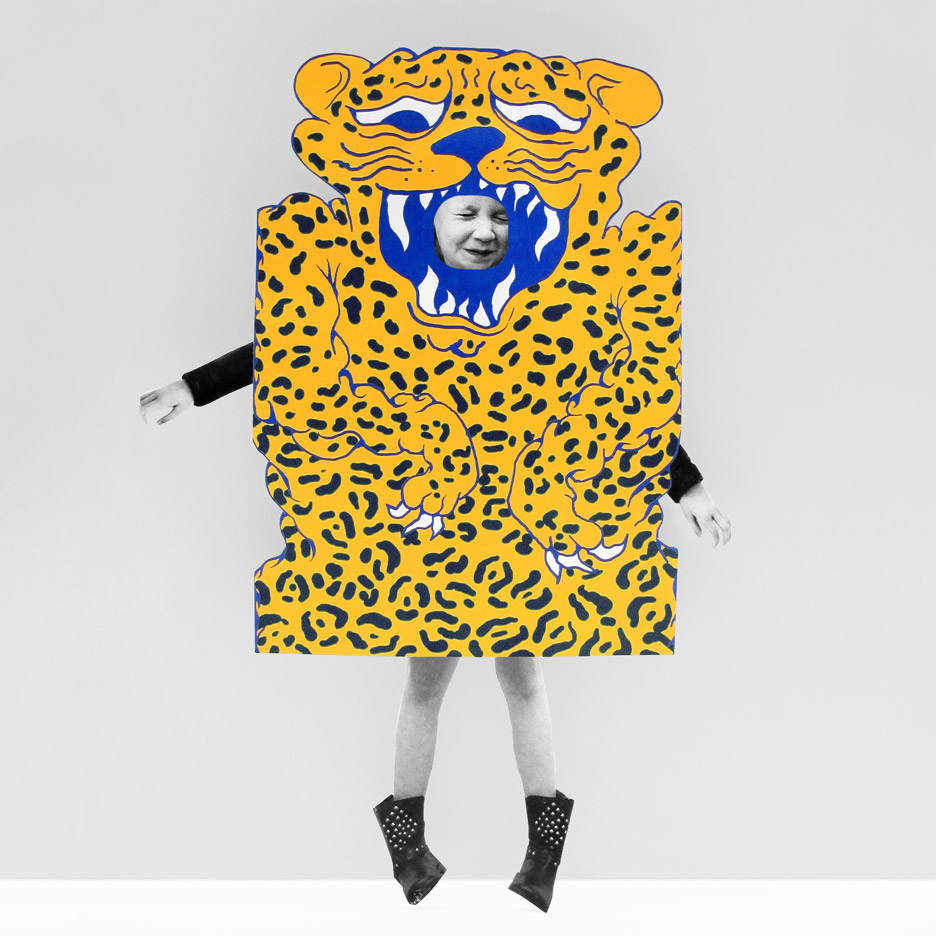 Holl's contribution consists of three sculptures made of concrete, aluminium and walnut, in addition to a 3D-printed lamp. All of the pieces are cubic in origin, with chunks and slivers carved away to create voids.

The pieces, described as "philosophical departure points", were developed by Holl and his thinktank Exploration of In, or Ex of In.

"Today, the tendency is for ever-larger architectural firms to speed up the design process to cover overhead," said Holl. "There is no time for research; no time for exploring the language of architecture. Our studio is dedicated to the potential found through developmental research, even if it takes time."

Levenbetts, which is helmed by the husband-and-wife team of David Leven and Stella Betts, developed an installation called Not to Scale.

It consists of a collection of identical, wedge-shaped hollow units that can be assembled in various ways. Two units form a cube, and the system can be applied at different scales, from seating and shelving to entire buildings and cities.

"Each piece can be a building component to make public seating and landscape elements, complete buildings and infrastructure," said the architects. "We are currently working on a way to enable the pieces to adapt to irregular surfaces through the development of a joint that would allow an aggregated form to respond to topography."

Leong Leong – the New York- and LA-based studio founded by brothers Dominic and Christopher Leong – created an installation titled A Toolkit for a Newer Age.

The architects have fabricated nine cubic sculptures made of pink Himalayan salt. Each salt box has a different purpose.

One serves as a mortar and pestle, while another can amplify sound through a hole in its centre. The objects act as both spiritual artefacts and domestic objects for everyday life.

"It is a toolkit for individual and collective needs – to sustain, to reflect, to enjoy, to grow, to rest – and speculates on how a need for primitive rituals might exist in our contemporary world," the firm explained.

Chamber was founded in 2014 by Juan Garcia Mosqueda, who formerly worked at the now-closed Moss gallery in Soho.

Past exhibitions include This Is Not a Duet, which featured a room-scale installation and furniture by Chicago-based Sung Jang and a series of tabletop-sized objects by Spanish designer Gala Fernandez Montero.

Photography is by Guang Xu.