An image of Portuguese architect Álvaro Siza's first US project – an upscale residential tower in Manhattan – has been released, with construction slated to begin this May.

Called 611 West 56th Street, the 35-storey building will rise over 420 feet (128 metres). It will be constructed on New York's West Side, near the corner of 11th Avenue and 56th Street, and will be located next to Via 57 – the tetrahedron-shaped tower by BIG that is nearing completion.

The 82-year-old Siza was commissioned to design the residential tower last year, as Dezeen reported. Construction is expected to begin this May, with completion slated for the fall of 2018. 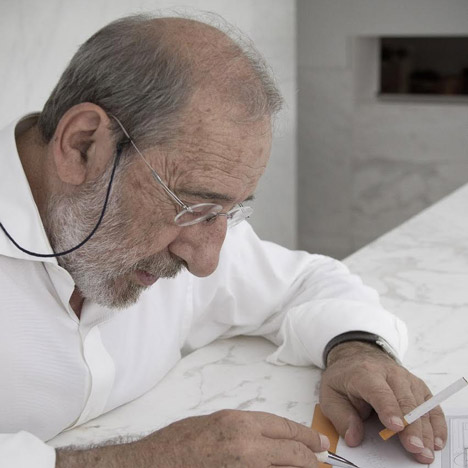 The architects Michael Gabellini and Kimberly Sheppard, founders of New York-based Gabellini Sheppard, will collaborate with Siza on the building's interiors, and SLCE Architects will serve as the architect of record.

Siza, the 1992 Pritzker Prize laureate, has designed buildings in several European and South American countries, along with Korea and China, but he has never built a project in the US.

"Álvaro Siza is a legendary master architect, having designed many of the world's most iconic buildings over the last half century," said Amit Khurana, founding partner of Sumaida + Khurana, in a statement.

"We believe that this will be a seminal project that captures the elegance and profound subtlety that is at the heart of his work." 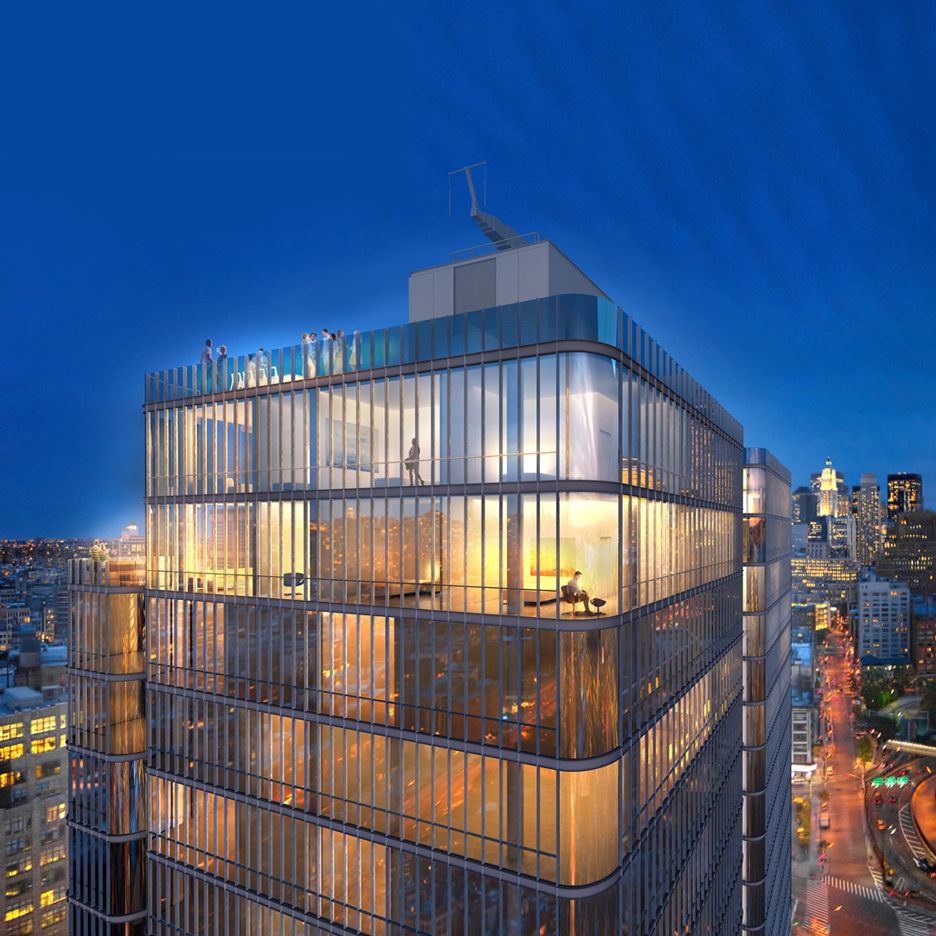 The building is just one of several recent housing projects in New York by high-profile architects. Residential towers by Renzo Piano and David Chipperfield have been unveiled in recent months, and work is progressing on a skinny residential skyscraper by Norman Foster. A supertall tower by Rafael Viñoly – the tallest residential building in the western hemisphere – is slated to open this year.

In an Opinion piece for Dezeen, architect Steven Holl said that "architecture with a sense of social purpose is becoming increasingly rare". Dezeen columnist Aaron Betsky also said that New York is being transformed into a Capitalist holy land with no space for the poor.

Rendering is by Noë & Associates with The Boundary. Photograph is by FG+SG – Fotografia de Arquitectura.