"Jean Nouvel was the first architect to really use colour," Peyton-Jones says in the movie. "That searing pillar box red was remarkable, and the visual resonance against the green of the park highlighted how gorgeous the setting is."

The structure was a stark contrast to the delicate, reflective pavilion in 2009 by Japanese architects SANAA. 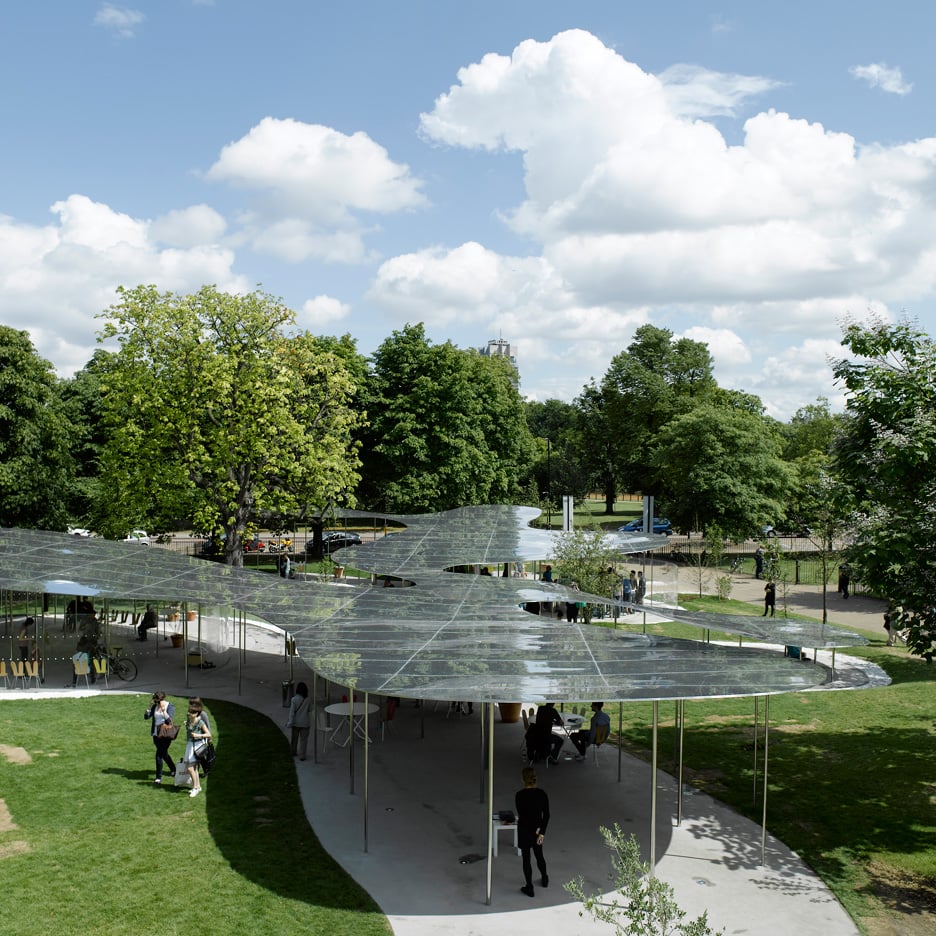 Made from a steel frame clad with translucent materials, the pavilion featured retractable canvas awnings, as well as a huge sloped glass wall supported in cantilever on one side.

"That great form came down as a counterbalance and was really dramatic," Peyton-Jones says. "It was a fantastically good summer, so it was possible to have the roof open and think: 'We can't be in England.'"

Visitors to the pavilion were invited to play chess or drafts inside the structure, or enjoy a game of table tennis or Frisbee on the lawn outside.

"Nouvel took the idea of play very seriously," Peyton-Jones says. "The lightness of that defined the pavilion's use and ensured people experienced it in a very different way [compared to previous pavilions]."

The pavilion was open to the public for just over three months, but Peyton-Jones claims it quickly became a London landmark.

"The Nouvel pavilion was one of the images used behind the news reader for the London news," she recalls.

"It's amazing – it was here for a relatively short time, so for it to be embraced as part of London felt like a big success for the pavilion programme."