Spark's Singapore office envisions using some of the millions of tons of plastic waste dumped into the world's oceans every year to build a series of unusual architectural structures along the shoreline of the city's East Coast Park.

The aim is to offer sheltered camping spaces for park visitors, but also to help raise awareness about the effects of ocean plastic, which is estimated to be killing over a million seabirds and 100,000 marine mammals every year.

A large percentage of the waste is high-density polyethylene (HDPE), a non-biodegradable plastic used for manufacturing items like plastic bottle and yoghurt pots.

Spark proposes collecting this material, sorting it into colours, then shredding it. The granules would then be poured into shingle-shaped moulds and reheated, creating a new type of tile for cladding a building's exterior.

"The hut is clad with a modular tile made of recycled HDPE plastic, much in the same way that timber shingles are used to clad simple dwellings," Spark director Stephen Pimbley told Dezeen.

The pine-cone-like form is intended to evoke both traditional English beach huts and thatched grain-storage huts from Africa. Although Pimbley claims the main inspiration is a locally found seed pod. 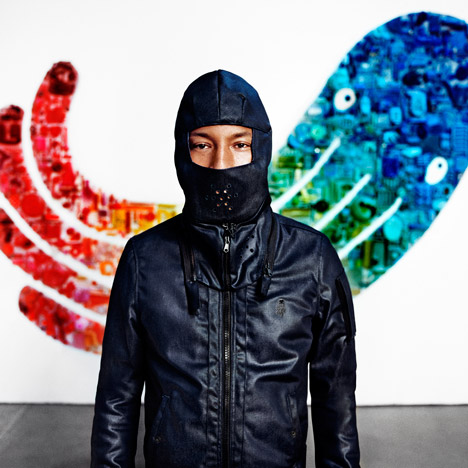 "The hut form is similar to the Casuarina tree seeds that are found on the beaches in Southeast Asia," he said.

A precast concrete stem and base would provide the main structure for the huts, and Spark believes this could be a colourful aggregate created with different types of recycled glass.

A timber frame would create the curving upper section of the huts, onto which the plastic tiles would be mounted. Photovoltaic cells would provide energy to power lighting, and a retractable steel rope would provide access for overnight guests.

Although the project was developed for Singapore, Pimbley is now in talks to build the first ocean-plastic Beach Hut in Australia.

The firm expects it to become "an important vehicle for educating the public about the state of the world's oceans". 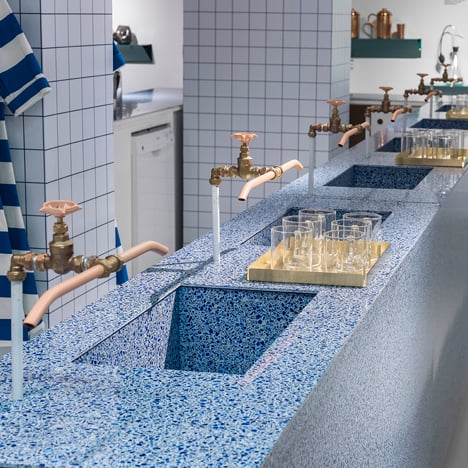 Pimbley came up with the idea after reading a report by ocean activist Parley, which has been working with G-Star RAW and Adidas to make wearable products from ocean waste.

Although he is not convinced the material could have many applications in architecture, he believes it offers a lot of possibilities for designers.

"It's unlikely ocean waste HDPE could become a primary building material, but there is no doubt it has potential as a material source for a wide range of products," he told Dezeen.

One of the most high-profile figures that has been campaigning to raise awareness of ocean plastic is musician Pharrell Williams. Design office Studio Swine has also worked with the material, creating a collection of objects based on the tradition of maritime crafts.