London-based Studio Swine has developed its work with ocean plastic, crafting a series of objects from the material to represent each of the ocean gyres where it accumulates (+ movie).

Studio Swine's Gyrecraft collection includes five pieces that incorporate plastic trawled from the oceans, based on the tradition of maritime crafts and making at sea.

Studio founders Azusa Murakami and Alex Groves named the project after gyres – circular ocean currents that occur either side of the equator in each of the world's main bodies of water.

Due to the rotation of the water, floating debris is pushed into the centre of the gyres, which has caused giant "islands" of waste plastic to build up.

Studio Swine harvested this material to create decorative objects that represent each of these gyres in the North Atlantic, South Atlantic, North Pacific, South Pacific and Indian oceans.

Studio Swine's work with ocean plastic began with the Sea Chair, when the duo used a retired fishing trawler to collect plastic from the water – then transformed it into chairs with an onboard factory.

Ocean plastic is this year's breakthrough material. Pharrell Williams has used it to produce a range of clothes, Adidas has launched a range of trainers and a design for a device created to harvest tonnes of the waste material from the sea was named as one of the London Design Museum's Designs of the Year.

Studio Swine has now developed a device called the Solar Extruder in collaboration with designer Andrew Friend, which uses an aluminium parabolic mirror to concentrate sunlight for melting the plastic. 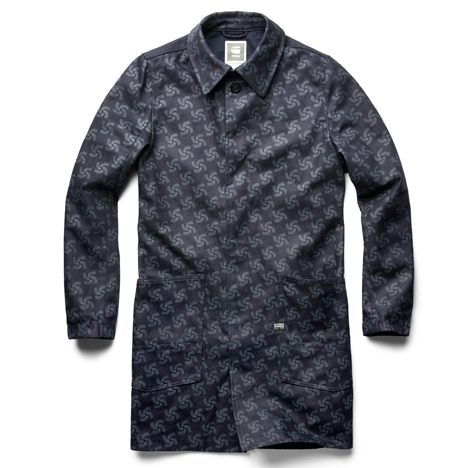 A winch system connected to a large drill bit is then used to push the viscous material through a small pipe onto a flat surface, building up layers to form objects in the same way as a 3D printer does.

The machine was mounted aboard a 22-metre sailing yacht called the Sea Dragon, which travels to the centres of the gyres to research the effects of ocean plastics.

While on a voyage to the North Atlantic gyre, the designers used Solar Extruder to turn tiny plastic pieces – scooped from the sea with fine nets and hand-sorted by colour – into a new solid object.

"When plastic gets into the gyre it gets broken down into tiny fragments," said Groves. "When you look out at it, it looks like a beautiful ocean and you don't see much plastic. But when you put a fine mesh net down and scoop the water you actually get plastic fragments."

As their journey to the gyre started from the Portuguese Azores islands, Murakami and Groves took references from the traditional local Scrimshaw craft of engraving whale's teeth to inform the design.

"The whalers were allowed to keep the teeth," Groves said. "They'd practise this art where they engrave on the teeth and they'd use an ink to blacken the engraving."

Influenced by this art form, the extruder was used to pipe cream-coloured plastic into the shape of a whale tooth.

The other objects in the Gyrecraft collection were also made with ocean plastic, but in a studio environment rather than on the sea vessel.

To represent the South Atlantic, a dark blue ocean-plastic sphere is held within a frame of gold-plated steel bars. Mounted on sand-blasted glass, the design is intended to represent the area's treacherous waters and polar expeditions.

"We've colour-separated the plastic into browns, reds, yellow, pink and black, and essentially we made it in a different way using one of our other devices," Groves said. "It mimics tortoiseshell patterns, and is pressed and heated to even include bits of wood."

The Indian Ocean piece is based on a shipping container, as 10,000 of the large metal crates are lost in this ocean each year, according to the designers. The lid of Studio Swine's ridged aluminium container is adorned with colourful circular and fan-coral-shaped pieces of sea plastic, which is mixed with mother of pearl.

The South Pacific – the world's largest expanse of water – is embodied as a red, black and yellow turtle shell made from the plastic. Placed upright on a zigzagging reclaimed hardwood stand, the shell is also decorated with thin gold-plated steel lines to mark out its sections.

Finally, the jagged North Pacific object is made from brass. Chunks of ocean plastic are attached to its diamond-patterned surface, added as a nod to the nets used in the area's crab-fishing industry.

"We're really interested in maritime crafts from all around the world," said Groves. "Wherever there are people and sea, they've all got their own regional identity."

The project is currently on display at London department store Selfridges, as part of the company's Project Ocean initiative for which it has removed plastic bottles and bags from the store and its restaurant.

The photography and the movie are by Petr Krejčí.