Competition: Dezeen has teamed up with StudioSmall to give away five copies of a book documenting a decade of graphics for British fashion designer Margaret Howell using typefaces by designer Eric Gill (+ slideshow).

Congratulations to the winners! Stefan Djordjevic from Serbia, Georgia Currell from the UK, Annie Sui from the USA, Jake Feeney from the UK and Luis Tamargo from Spain.

Over the past 10 years, graphics firm StudioSmall has worked with Howell to communicate the brand's Modernist design philosophy across all printed and digital media.

"The chosen designs illustrate how the visual identity has evolved from its original set of core identity elements consisting of a grey and white colour palette, Gill Sans typeface, and the Margaret Howell logotype in Gill Sans capitals," said the studio. 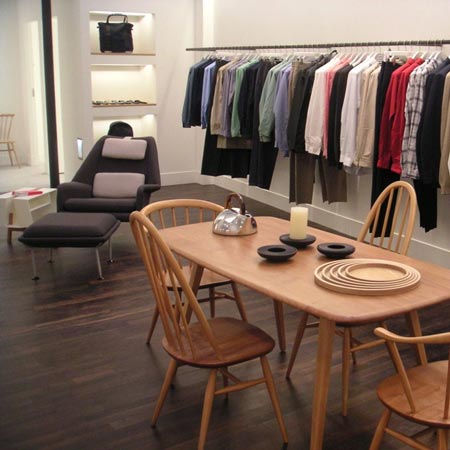 "Each show invitation is always heavily influenced by one or two key design details from the individual collection, abstracting perhaps a colour, texture, pattern or another element and, in addition playing freely with the sculptural qualities of the Gill Sans letterforms when appropriate," it added.

In the piece, Walters discusses how to both reinforce and develop a brand's identity, while maintaining relevance and consistency in its delivery.

Eric Gill, who died in 1940, is perhaps best known for his Gill Sans design, prominently used by British Railways and Penguin Books.

It first appeared as letters painted by the designer over a Bristol bookshop, before he was commissioned by Monotype to develop it into a full typeface.

Howell – whose flagship store was designed by Pentagram – showed her most recent collection at this season's London Fashion Week from 19 to 24 February 2016. Other designers showing included Sibling and Sadie Williams.