The Sōma City Home for All is one of 13 community facilities completed so far as part of the recovery programme initiated by Japanese architect Toyo Ito in the aftermath of the 2011 earthquake and tsunami.

The project – exhibited in Japan's Golden Lion-winning pavilion at the 2012 Venice Biennale – is aimed at helping to repair communities, by creating new social spaces for those who lost their homes.

Klein Dytham's contribution provides a play space for young children who can no longer spend long periods of time outdoors because of fears about background radiation levels, caused by the nuclear meltdowns of the Fukushima power plant. 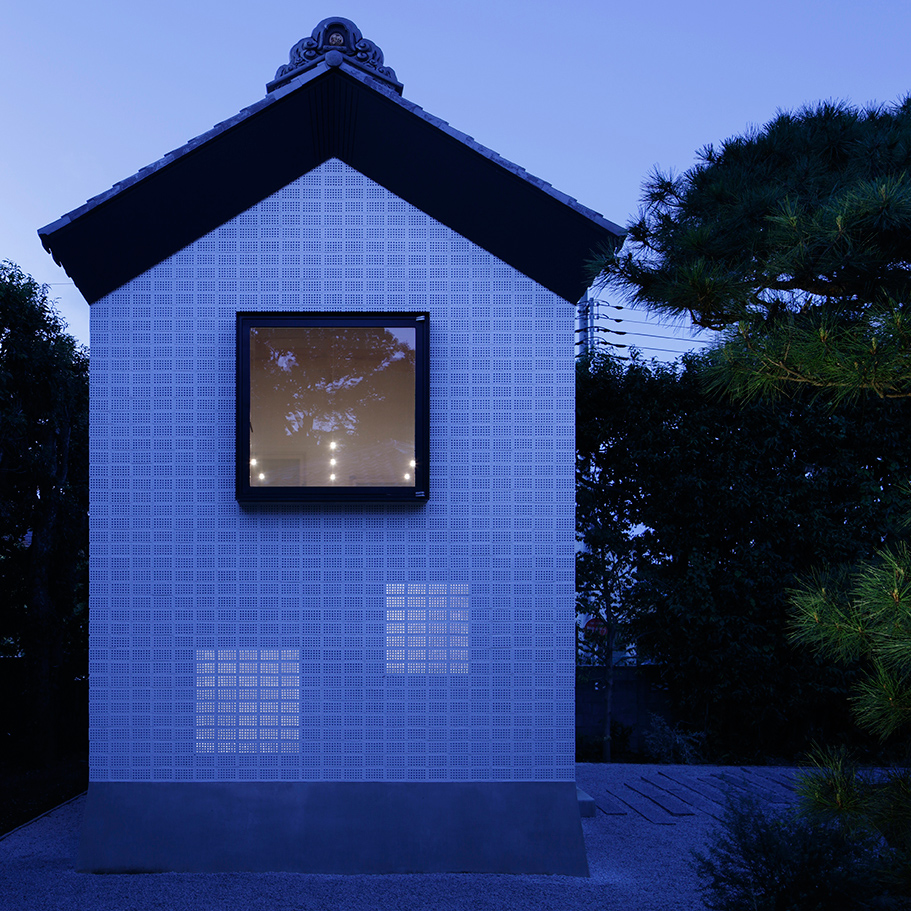 This is supported by a series of tree-shaped columns built from cross-laminated timber – the super-strong engineered material that is increasingly being used instead of steel. Wooden animals including owls and squirrels sit on the branches.

"As the children cannot play outside, we felt the building should feel like you are playing in a forest of trees," explained studio co-founder Mark Dytham.

"The cross laminated timber columns help reduce the span of the timber roof making it lighter and have been designed to resemble trees – complete with their own wild life," he explained.

Nine layers of timber slats were needed to give enough strength to the roof. Made using smaller pieces of wood and engineered joints, each slat extends all the way across the building, with some measuring 20 metres in length.

"The slats are laid over a formwork one layer at a time, with each successive layer rotated through 120 degrees," explained Dytham.

"Towards the eaves of the building the layers of slats are slowly decreased, due to the reduced loads, resulting in a very elegant and light cantilever."

The building's wooden exterior has been painted with red, pink and white stripes, known as "kōhaku" and often used for celebratory events. "It certainly feels like the circus has come to town," added Dytham.

Ito established the Home for All initiative shortly after the Tōhoku earthquake and tsunami, alongside fellow Japanese architects Kazuyo Sejima and Riken Yamamoto. Dytham and partner Astrid Klein both now serve on the board for the organisation, which has been recognised by Japan as an official non-profit organisation.

To raise funds to build the Sōma City Home for All, Dytham and Klein convinced a client for a past project – the Daikanyama T-Site bookstore – to collect donations, and also convinced construction suppliers to donate materials. They worked pro bono.

The project was named best new cultural building at the 2015 World Architecture Festival.

Other completed Home for All projects include a community centre by Sou Fujimoto and Akihisa Hirata, and a fishing village pavilion designed by Kazuyo Sejima's protégé Yang Zhao.

"The homes bring a sense of pride back to the community and provide a space where people can meet, share a smile and a drink and where kids can play together," added Dytham.

After the 2011 earthquake, many architects and designers joined the Help Japan campaign to raise money for the rebuilding effort. In the years that followed, Nendo designed a minimal emergency kit filled with supplies and a fan-shaped memorial for the victims by Koishikawa Architects was opened.