Foster + Partners, BIG and Grimshaw Architects have won a competition to design a trio of pavilions for the 2020 Expo, which will be held in Dubai.

The three firms saw off competition from 10 other entrants to the global competition for the pavilions, which will form the centrepiece for the 438-hectare Expo site in Jebel Ali – a port town located between Abu Dhabi and Dubai.

The title for the Expo is Connecting Minds, Creating the Future and architects were asked to submit proposals under the festival's three core themes: Mobility, Sustainability and Opportunity. 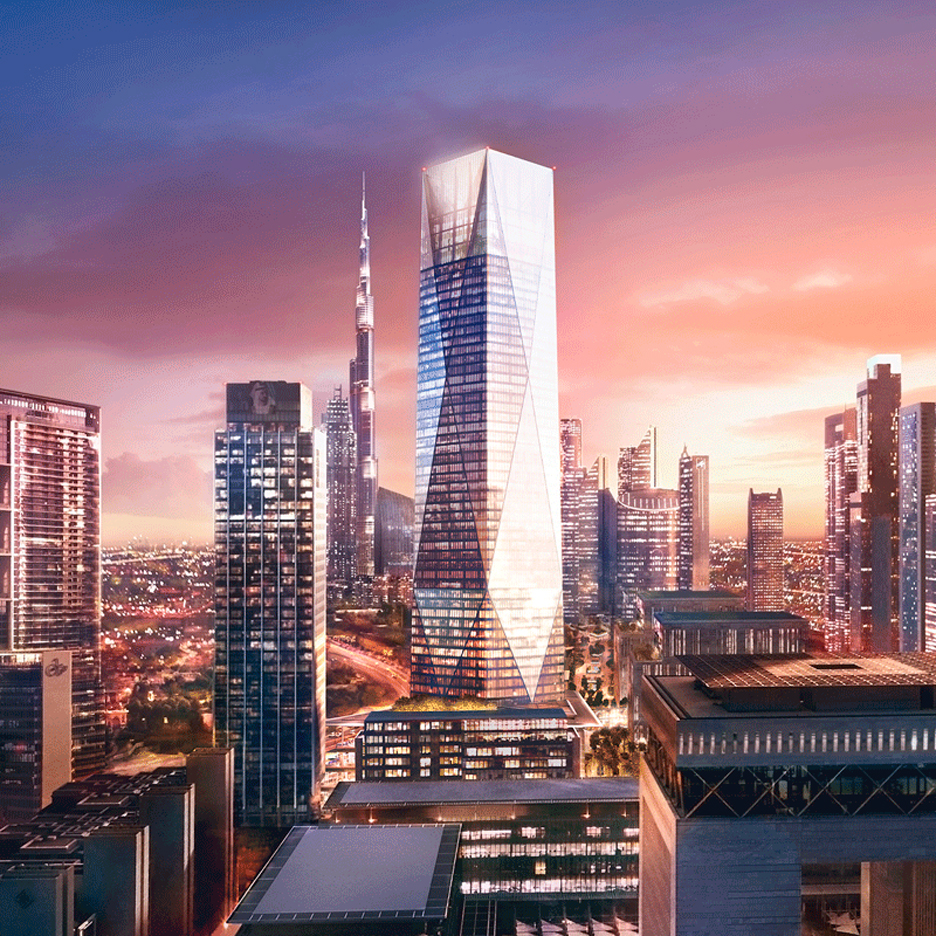 "The competition attracted a truly stellar line up of architectural firms," said committee chairman His Highness Sheikh Ahmed Bin Saeed Al Maktoum who described the Expo as a "festival of human ingenuity".

"After careful study and consideration, three designs stood out, amidst tough competition, as great future structures that will mark our Expo as exceptional," he added.

The firm led by Norman Foster is also currently working on a crystalline skyscraper in Dubai's financial district and a new creative neighbourhood for the city.

Bjarke Ingel's firm BIG, which has also been named the designer of this year's Serpentine Gallery Pavilion, has drawn up plans for a building with an arched underside containing a planted courtyard.

A series of satellite dish-shaped structures by Grimshaw Architects will form the Sustainability Pavilion, a centre for the promotion of innovative technologies that is intended to run on after the Expo concludes its six-month stint in April 2021.

The London firm headed up by Nicholas Grimshaw is behind several other ecological structures including the Eden Project in England and a series of botanic greenhouses in South Korea.

The competition brief stipulated that pavilions must have the flexibility and longevity to live on as functional landmarks after the Expo completes in 2021.

The United Arab Emirates city is currently undergoing a wave of development following its recovery from the 2008 financial crisis.

Leading architects Zaha Hadid, Jean Nouvel, and UNStudio have all designed buildings for Dubai's skyline, which is dominated by the world's tallest building – the Burj Khalifa by Skidmore Owings & Merrill.

Plans for the world's tallest twin towers, an underwater hotel and a climate-controlled mega resort have been announced. And Spanish architect Santiago Calatrava has unveiled a proposal for a needle-like observation tower for a harbour development, which aims to rival the 828-metre-high Burj Khalifa.

The World Expo is a public festival, which is hosted by a different nation every five years with unique pavilions and exhibitions. The last 2015 Expo was held in Milan, where the British Pavilion by artist Wolfgang Buttress and architects BDP was named as best in show.

Other projects at the Milan event included a Slow Food Pavilion by Swiss architects Herzog & de Meuron, which was described as an alternative to "pompous and unsustainable" expo pavilions.

See all our coverage of the 2015 Milan Expo, which was themed Feeding the Planet, Energy for Life.

Pavilions from the Milan Expo 2015