Japanese designer Tokujin Yoshioka has created an installation of see-through bodies as part of a major exhibition of work by fashion designer Issey Miyake, which opens tomorrow in Tokyo (+ slideshow).

Yoshioka's Transparent Body Installation is used to "symbolise the future" in a section of the National Art Center exhibition, called The Work of Miyake Issey.

Each mannequin is made from 365 layers of laser-cut acrylic plastic, stacked up in horizontal and vertical layers to from the shape of a woman's body.

Yoshioka is renowned for his work with transparent materials, which he has used to create furniture and products. Examples include a table and a wardrobe for Glas Italia, stools for Kartell and a transparent mobile phone for KDDI. 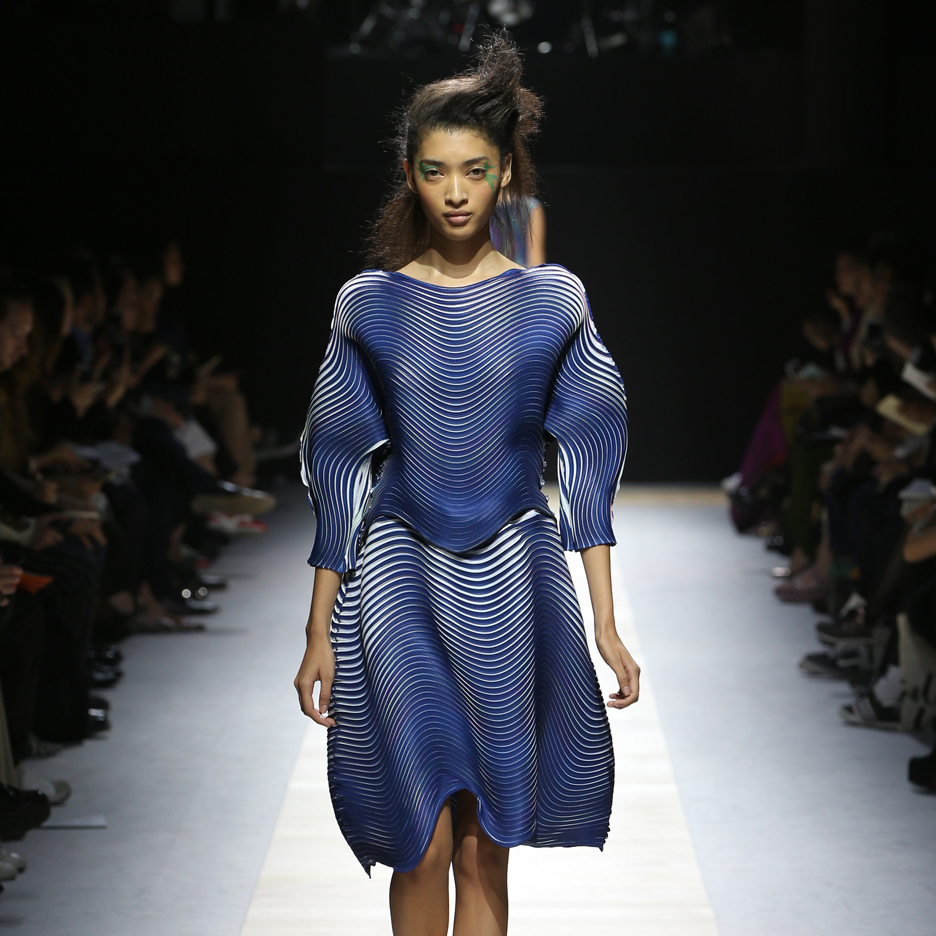 Another room in the exhibition displays Miyake's 1970s designs, themed around "a piece of cloth".

"A simple piece of cloth is transformed into a beautiful form as it is worn by human body, which one could not even imagine the original form," said Yoshioka of his former mentor's designs.

Acrylic is replaced with cardboard to form another set of mannequins for these earlier garments.

The designer has worked with Miyake on a variety of projects for 28 years.

Their early collaborations included exhibition designs for Energieën at Amsterdam's Stedelijk Museum, and Issey Miyake – Making Things, first held at the Cartier Foundation in Paris before travelling to New York and Tokyo.

"Just like previous exhibitions, we hope the exhibition keeps an active outlook, making the beginning of a new phase," said Yoshioka.

More recently, the designer has created interiors for Issey Miyake's stores in London and Tokyo, which feature furniture pieces like tables that appear to balance precariously on angled stands and hexagonal seats produced specifically for the shops.

"I'm always trying to surprise Issey Miyake," Yoshioka told Dezeen at the opening of the London flagship in 2014, when he spoke about their ongoing working relationship.

The Work of Miyake Issey runs from 16 March to 13 June 2016 at Tokyo's National Art Center.