Milan 2016: Japanese architect Sou Fujimoto has used spotlights, mirrors and specially composed sounds to create his "shifting forest of light" that responds to visitors' movements for fashion brand COS (+ movie).

COS commissioned the Japanese architect to create the immersive installation inside the Cinema Arti in Milan's San Babila district  – a derelict theatre built in the 1930s by Italian architect Mario Cereghini.

Aiming to reference the building's former use, Sou Fujimoto used spotlights to create areas of overlapping light and shadows. The cone-shaped beams pierce through the pitch-black room, and they fade on and off in response to movement.

Specially-composed sounds, fog and mirrored walls were also added to create the illusion of an infinite and immersive landscape, with the spotlights appearing as towering trees. 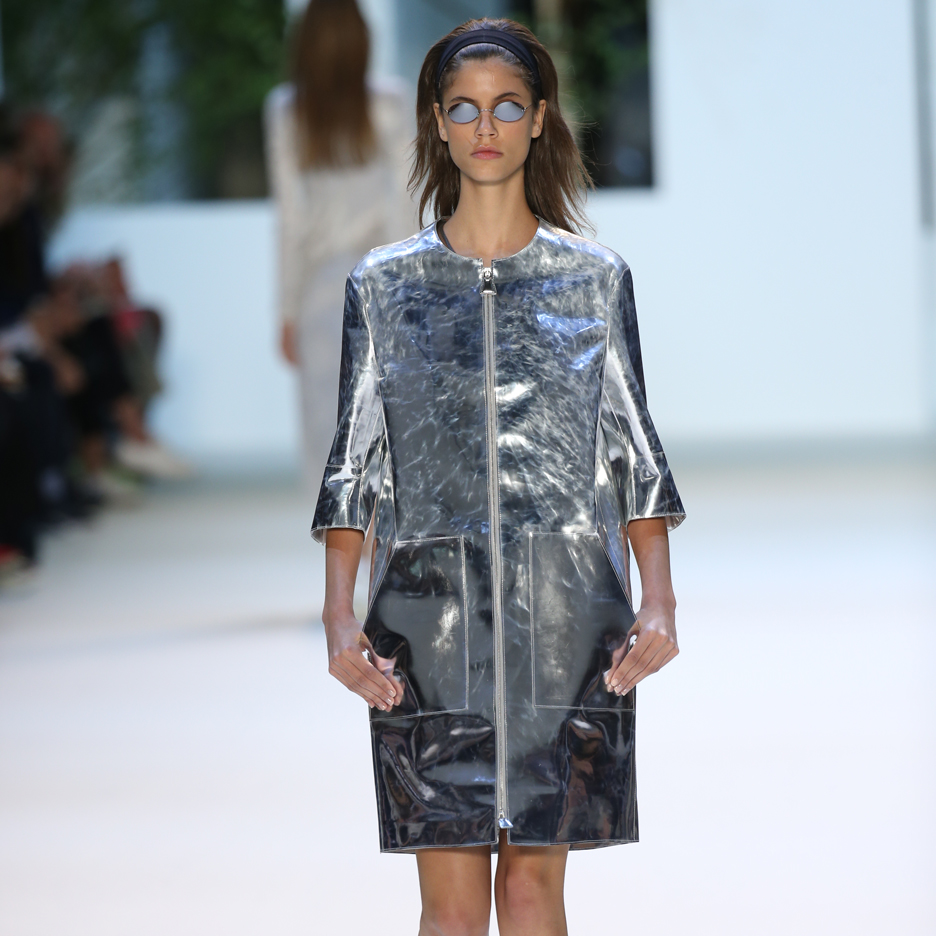 The effect is intended to be reminiscent of a forest at twilight.

"The COS pavilion is the purest realisation of the forest concept," said Fujimoto.

"This forest is not static, but light and people interact with one another, this interaction connects fashion, space and forest as a form of architecture."

The architect – known for his his gridded and latticed architectural structures – chose not to include any physical objects, and instead opted to use "only light" due to the short time period for the installation.

"The reason why we finally didn't use any physical things – only light – is kind of a representation of a really short moment," he said. "It happens there, and then it's gone without anything left."

Fujimoto's idea to create a "forest of light" builds on themes explored in architecture projects such as the 2013 Serpentine Gallery Pavilion, which aimed to blur the parameters of space with edges dissolving into their surrounding environment.

"Sou Fujimoto has really grasped the COS aesthetic, creating an installation that is so special in its simplicity and surprising in its approach," said Martin Andersson,  head of menswear design.

"It has been great working with Sou Fujimoto on this project, we have never had such a beautifully simple installation focusing on light and the effect is incredible," continued Karin Gustafsson, head of womenswear design.

COS commissions an architecture or design studio to create an installation in Milan each year, and Fujitmoto's marks the fifth year of the brand's project. Previous projects include designs by Nendo in 2014 and Snarkitecture last year.

Forest of Light will open from 12 to 17 April 2016 at Via Pietro Mascagni 8 during the annual Milan design week, which runs at the same time as theSalone del Mobile furniture fair.

More from Sou Fujimoto and COS