Steven Holl Architects has revealed designs for a Pennsylvania arts centre with a sculptural, white form that references a kite.

The Visual Arts Building is slated to be built at Franklin & Marshall College – a liberal arts institution in Lancaster dating back to 1787, which has just over 2,200 students.

Announced this week during the college's graduation ceremony, the three-storey building is designed by the US firm to house classrooms, studios, offices and an auditorium. Renderings show an asymmetrical white structure with curved walls.

The facility will adjoin a reflecting pool, also designed by Holl, and a proposed museum, all intended to form a new visual arts quad for the campus. A masterplan for the site suggests also adding a two-storey glass cafe to an existing library.

To make way for Holl's building, the college will demolish the Herman Arts Center, which opened in the 1960s and was designed by Maryland-based firm RCG.

At 35,000 square feet (3,250 square metres), the new visual arts centre will be nearly twice as large as the old centre. 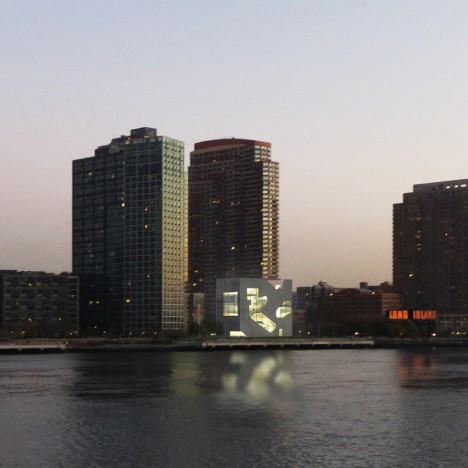 Holl describes the proposal as a "pavilion on the park".

"Raised kite-like into the trees, the building's light profile is a concave response to the large diameters of the campus' trees – many over 100 years old and the oldest things on this great historic campus," the architect said.

Inside, a glass-enclosed "forum" space at the centre of the ground floor will enable views of the verdant campus, and will serve as a lecture hall and exhibition area.

The ground floor will also house additional galleries, a lounge, and wood and metal workshops that can accommodate large-scale pieces. A film lab will be located below grade.

The first floor will feature an auditorium and six different studios, all organised around a central common area. Renderings show a ramp leading to an entrance on the second storey.

A mezzanine-style second floor will contain classrooms, studios and offices for faculty and advanced students. Various spaces will overlook the floors below. 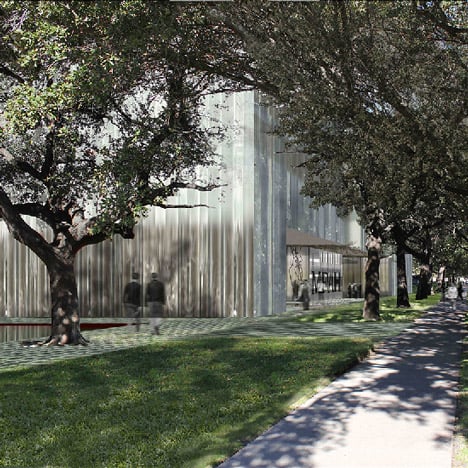 The centre marks one of several arts-related projects now underway by Holl's firm. Others include the Lewis Center for the Arts at Princeton University, the Visual Arts Building at the University of Iowa, and the Glassell School of Art at the Museum of Fine Arts, Houston, for which Holl has conceived a master plan.

Holl emphasised that his firm doesn't have a "single style".

"We always try to shape a unique experience, and our approach is the same with this project," he said of the arts centre for Franklin & Marshall College. "We look to create something of this place, to inspire future students."

The project is largely being funded by a $10 million (£6.9 million) donation from Benjamin Winter and his wife, Susan. Winter graduated from the college in 1967 and today heads a real estate investment firm in New York.

Holl founded his eponymous firm in 1976, which today has offices in New York and Beijing. Holl leads the office with partners Chris McVoy and Noah Yaffe.

Recent education projects by Holl include the Reid Building at the Glasgow School of Art in the UK, which opened in April 2014, and the Campbell Sports Center at New York's Columbia University, which was completed in March 2013.