Competition: Dezeen has teamed up with UK studio Dorothy to give five readers the chance to win a poster that illustrates a whimsical hidden world inside a 1984 Apple Macintosh computer (+ slideshow).

Congratulations to the winners! Camden Greenlee from the USA, Laura Roberts from the UK, Simone Costa from Italy, Ignacio Bernaola from Spain and Sarah Beresford from Australia.

Dorothy's Mac Cutaway poster, which measures 50 by 70 centimetres, weaves references to the tech giant and other elements of popular culture into the illustration of the Mac.

"Long serving Mac users may recognise some of the hidden references to Apple lore," said Dorothy.

The lithographic print shows the computer opened up on one side to reveal a series of compartments and levels laid out like an office, connected by staircases.

The floors of the interior are coloured orange, while the rest of the poster is drawn in black and grey on a cream-coloured background.

The illustration depicts a range of different activities, such as offices with ball pits, monkeys working on computers and a helicopter landing pad. Each is described in Apple terminology in a numbered key, located at the top right of the poster. 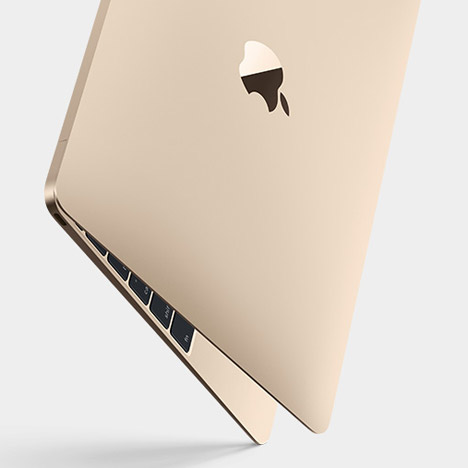 For example, number nine in the key – Safari favourites – refers to an image of an animal-skin rug.

A wall-mounted animal head in the next room is titled the Snow Leopard, referring to a recent version of Apple's Mac operating system.

On the ground floor, the CD record shop is labelled as: Itunes Store (requires updating).

The poster also features a Mission Control room in the mouse, a holiday scene within the disk drive and a man driving a fork lift truck around the keyboard.

"We've squeezed into the illustration including the much cursed spinning wheel, the dreaded message Error 404, a commemorative statue to El Capitan (Steve Jobs of course), an AirPort and a Mission Control," said the designers.

The Apple Macintosh, which later became known as the Macintosh 128k, was launched 24 January 1984 and created by Steve Jobs.

As well as the Mac computers, Apple now sells products that range from the popular iPhones and iPads, to more recent launches including watches and digital pencils.

Earlier this year the company was granted a patent for a keyboard that abandons traditional keys in favour of a "force-sensitive" sheet that could function like an oversized trackpad.

Last year, Apple released a MacBook that is just 13.1 millimetres thick – 24 per cent thinner than the current slimmest design, the 11-inch MacBook Air.

Five winners will receive one of the Mac Cutaway posters. For more information visit the Dorothy website.

This competition is now closed. Five winners will be selected at random and notified by email, and their name will be published at the top of this page. Dezeen competitions are international and entries are accepted from readers in any country.