As architecture in Iran undergoes a boom, architects Behzad Yaghmaei and Azadeh Mahmoudi have completed an apartment block in Kerman with decorative brick facades (+ slideshow).

The two architects were tasked with creating the residential building in the west of the historic Iranian city, in a neighbourhood dominated by pale yellow brickwork and dark red detailing.

Their response was to reinterpret the traditional aesthetic, creating front and rear facades that combine vertical and horizontal elements, louvred window shades, flower boxes and balconies.

"The main idea was to create a relation between the characteristics of traditional houses and modern constructions," explained Yaghmaei. "Facades must be a reflection of both interior spaces and exterior surroundings."

The six-storey Khish-Khaneh Building contains nine family homes – two each on floors one to four, and the ninth located on the uppermost storey. The ground floor is given over to car parking, as well as an entrance lobby.

The building's street-facing north facade is an irregular grid, created by using different sizes of brick and allowing some of them to project outwards. 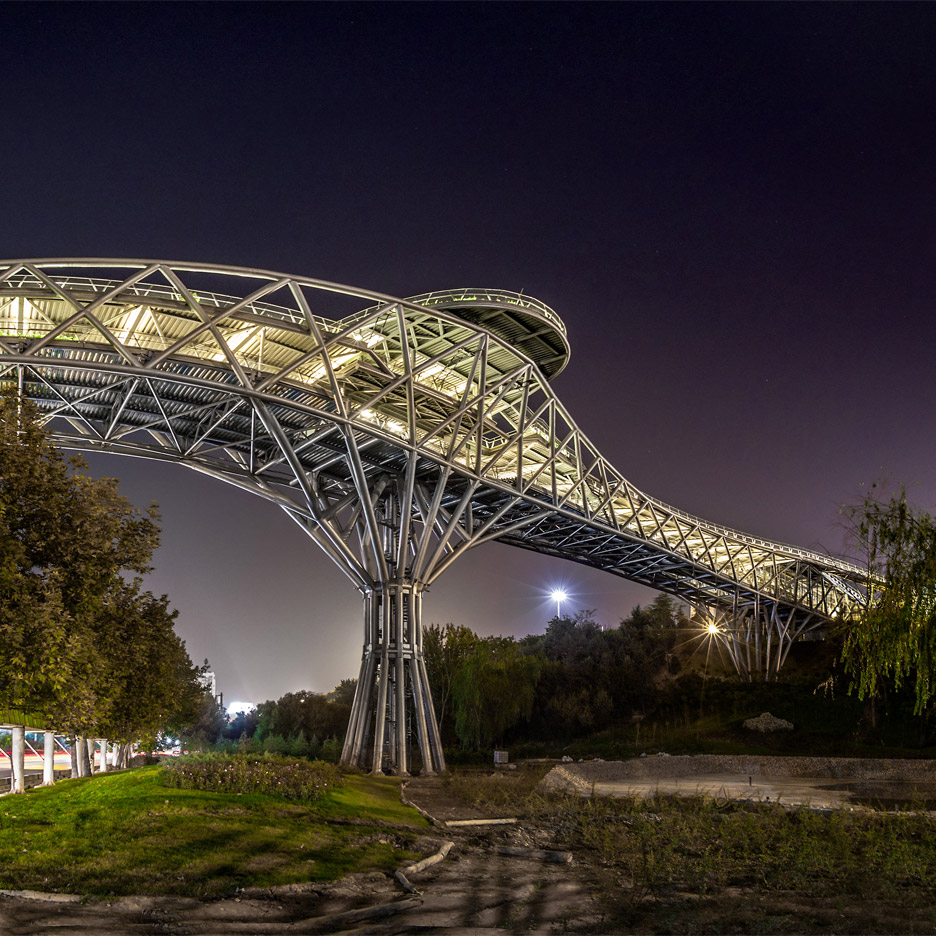 A selection of elements are picked out in burgundy, including the window sills, the louvred screens and the doors.

"We decided to use this colour as a complementary hue on the facade," said Yaghmaei. "Yellow brick became the background material and stone flower boxes were randomly placed next to bedroom windows."

"It provides calmness and greenery for inside spaces and has a positive effect on the circulation of fresh air in the hot and dry climate," he added.

The rear facade is similar although the grid is more regular, with window bays that span the full width of the building.

It fronts a small courtyard for residents, which includes a stone fountain.

Inside, bedrooms are located towards the north facade, allowing living spaces to benefit from more sunlight on the south-facing rear of the building.

Iran is "on the verge of a new era for architecture" according to local architects, as change sweeps through the Islamic republic following the lifting of crippling economic sanctions.

A series of innovative projects have been completed in the Iranian capital Tehran, although others are starting to crop up elsewhere in the country, with examples including a house made up of three angular boxes.

One of the main challenges for architects now is to fulfil the country's need for housing, without compromising architectural traditions – something Yaghmaei believes has been achieved with the Khish-Khaneh Building.

"Facade design is a crucial task," he said. "Some analogous traits should be preserved in designing exterior facades, in order to make harmony in urban sight."