The 1910 townhouse had previously been divided into two apartments, so Reif's first task was to reconnect the four floors to form a single residence.

The young couple moving into the house had requested a more open-plan layout with better connections between dining, working and living spaces.

To achieve this, the architect opened up an atrium in the centre of the plan and installed a new oak staircase to connect the ground and first floor of the building.

Oak parquet is laid in a herringbone pattern to create a sense of continuity between the spaces, which can be sectioned off with sliding doors that recede into decorative wood surrounds.

"The new owners wanted to give the house more generosity and dreamed of a big open kitchen with dining, living and working spaces that would all have an open connection to eachother," said Reif.

A kitchen island with integrated sink and cooker is made from a type of composite stone named Silestone. It is set in the centre of the atrium, while appliances are built into a wall beneath the staircase to keep the space uncluttered. 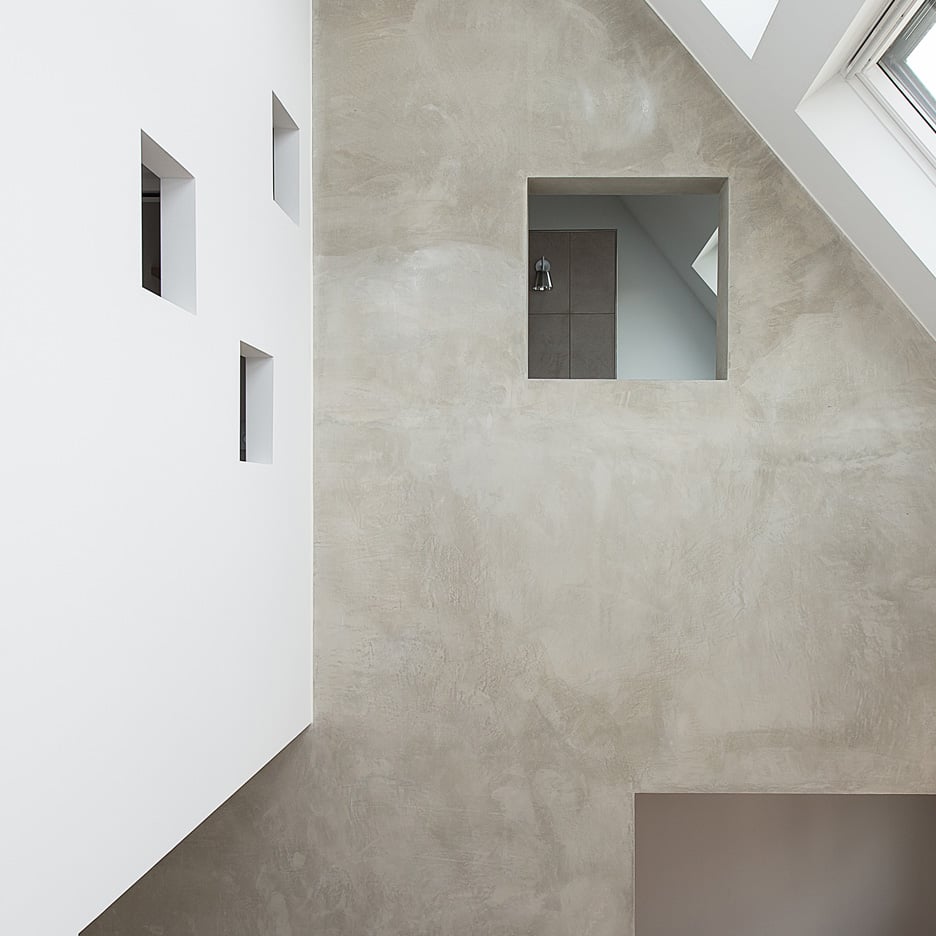 The kitchen acts as an axis in the house, with a larder and garden on one side, and the street-facing dining room on the other.

The stairs lead up from the kitchen to a lounge, study and bathroom on the first floor and bedrooms on the levels above.

Here, a free-standing bath is positioned against a window overlooking the garden, while dark oak cabinetry surrounds a sink unit that doubles as a window seat.

The shower and area beneath the bath are covered in grey and white striped ceramic tiles, arranged in a chevron pattern that contrasts the herringbone-patterned and marble floors.

Herringbone-patterned surfaces have become popular choices for house renovations. Other recent examples include an extension to a Victorian house in Hackney that matches its timber-covered dining table to its floor and a studio block with a pale grey brick facade in New Cross with a patterned facade.