Rio 2016: the handball arena set to host events during the Rio Olympics next month is designed to be taken down and rebuilt as schools around the city (+ slideshow).

The box-shaped stadium is enveloped by rainscreens, which are made from horizontal wooden slats and punctured by letterbox-like openings.

The facades don't come all the way to the ground, revealing concrete ramps and staircases that provide access into the venue.

Inside, seats are brightly coloured in the games' chosen hues of green, yellow, orange and red.

Once the Paralympic games finishes in September, it will be dismantled and turned into facilities for more than 2,000 schoolchildren.

"The brief for the handball arena was to build something that would contribute to the city of Rio beyond the 2016 Olympic Games," said AndArchitects, which helped create six temporary buildings for the last games in London.

"A first for the Olympics, the venue will make use of an innovative technique called 'nomadic architecture', thus ensuring that even a temporary structure can leave a lasting legacy."

Sections of the building will be form the basic structural elements for four state schools, each accommodating around 500 pupils. Three will be built in Barra da Tijuca and one in Maracanã. 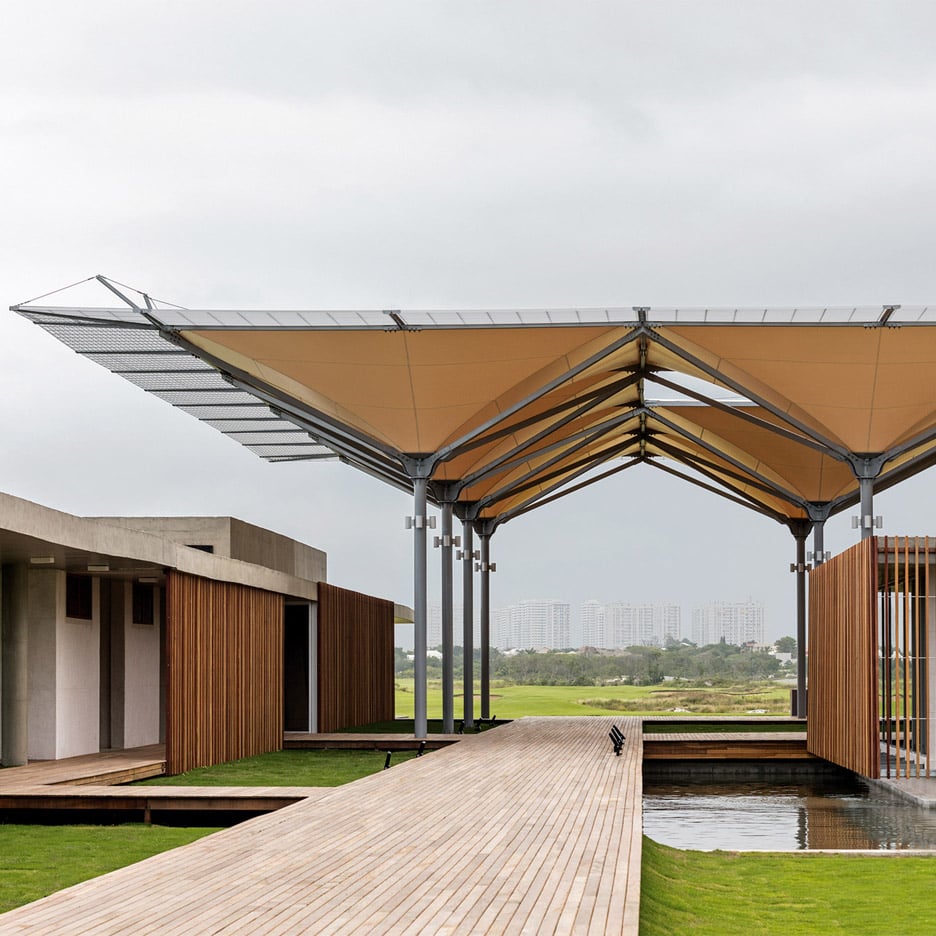 Architectural features of the stadium, including the rainscreens and the concrete circulation, will be evident in the new structures. Steel elements and disabled ramps will also be used to form parts of the four schools.

"The open nature of the rainscreen and external ramp that create a distinctive architectural language for the arena will be recognisable in the architecture of the new schools," AndArchitects said.

The arena and the schools were designed simultaneously to allow for minimal waste of materials. Modular panels were used for the facades, floors and roof so they could be easily relocated.

The arena has been hosting test events since 29 April 2016 ahead of the games .

The Rio 2016 Olympics kick off 5 August. Spilt over two main locations – the AECOM-masterplanned waterfront Barra park and the western Deodoro neighbourhood – many of the venues for the Rio 2016 Olympic and Paralympic Games are temporary or reused.

Athletics will mostly take place in the renovated Engenhao stadium, shooting will occur at a timber and concrete complex by BCMF Arquitetos, and golf is planned for a course with a rainwater-collecting canopy by Rua Arquitetos.