The so-called Olympicopolis masterplan includes outposts for the V&A museum and Sadler's Wells Theatre, as well as new campuses for the London College of Fashion and University College London (UCL), and a residential tower.

London-based Allies and Morrison and Irish firm O'Donnell + Tuomey have been working on their proposals since May 2015, after winning the commission to redevelop the 70,000-square-metre site, called Stratford Waterfront.

Renderings show a series of brick and glass buildings, each with different hues.

The new 18,000-square-metre building for the V&A is designed as a series of irregularly stacked blocks, incorporating cantilevered overhangs and rooftop terraces. It will sit next to the Zaha Hadid-designed Olympic Aquatics Centre.

Beside the V&A, the new Sadler's Wells is designed as a more low-rise structure, with louvres screening its windows. It will house a 550-seat theatre for the dance performance venue. 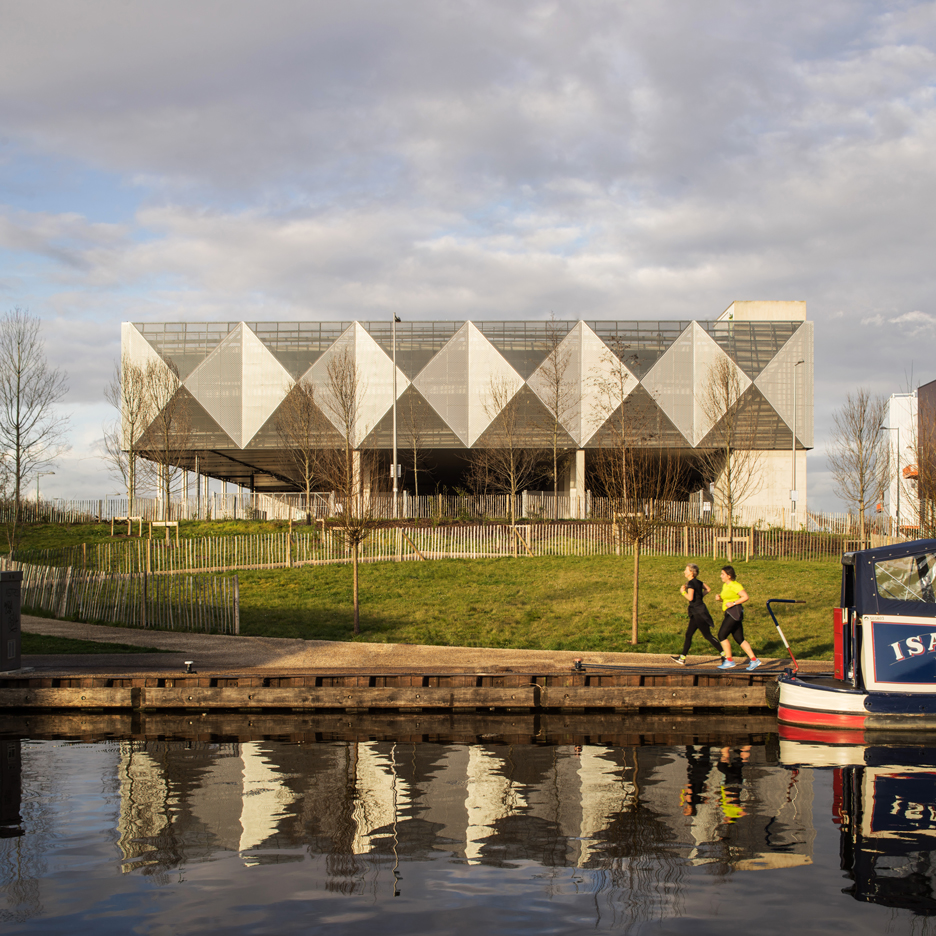 The London College of Fashion will occupy a neighbouring building with a more intricate lattice facade, next to the residential high-rise.

UCL East will be built on a separate site to the south of the ArcelorMittal Orbit.

The images also show another building – on the site intended to house an outpost of the Smithsonian Institution. The American institution was in talks to move to the site but delayed a decision back in April, leaving the project in doubt.

The Stratford Waterfront scheme is led by the London Legacy Development Corporation – the organisation responsible for delivering the legacy of the London 2012 Olympic Games.

It plans to submit a planning application for the project in December 2016, with construction scheduled to start in 2018.

Rosanna Lawes, executive director of regeneration at the London Legacy Development Corporation, said the project is the "perfect illustration of how London is open" following the result of the EU referendum.

"In a few short years we will see not only a new cultural and education district in east London with some of the world's leading institutions sitting in the heart of the park, but new neighbourhoods and business districts and hugely successful sporting venues delivering on the legacy promises made for the 2012 games," she said.

It is part of a huge legacy programme proposed as part of London's original Olympic bid, to redevelop a huge area of the city – a promise that past Olympic cities have made and struggled to achieve.

Images are by Forbes Massie.