Vietnamese architect Vo Trong Nghia is continuing his bid to make bamboo "the green steel of the 21st century" with this gridded pavilion at the Sherman Contemporary Art Foundation in Sydney (+ slideshow).

The aim is to showcase the structural capabilities of bamboo, which has a tensile strength that rivals steel. Nghia has been promoting use of the material for several years, with projects including his Milan Expo 2015 pavilion.

"Bamboo is the green steel of the 21st century," said the architect, repeating a statement he made to Dezeen in a 2014 interview.

"It is an extremely fast-growing species of giant grass that grows abundantly, quickly and cheaply in Vietnam, where canes cost as little as a dollar each."

Entitled Green Ladder, the pavilion comprises an extensive bamboo lattice made out of typical Vietnamese ladders.

These ladders were manufactured in Vietnam before being transported to Australia –  a process that involved treating the bamboo in natural waterways for two month, then subjecting it to a month of fire smoke.

The ladders are bound together with string, creating a regular grid that supports a series of woven, rectilinear baskets. These are filled with an assortment of plants and shrubs.

A series of openings invite visitors to walk or crawl amongst the baskets, while transparent plastic provides a sheltering canopy overhead. 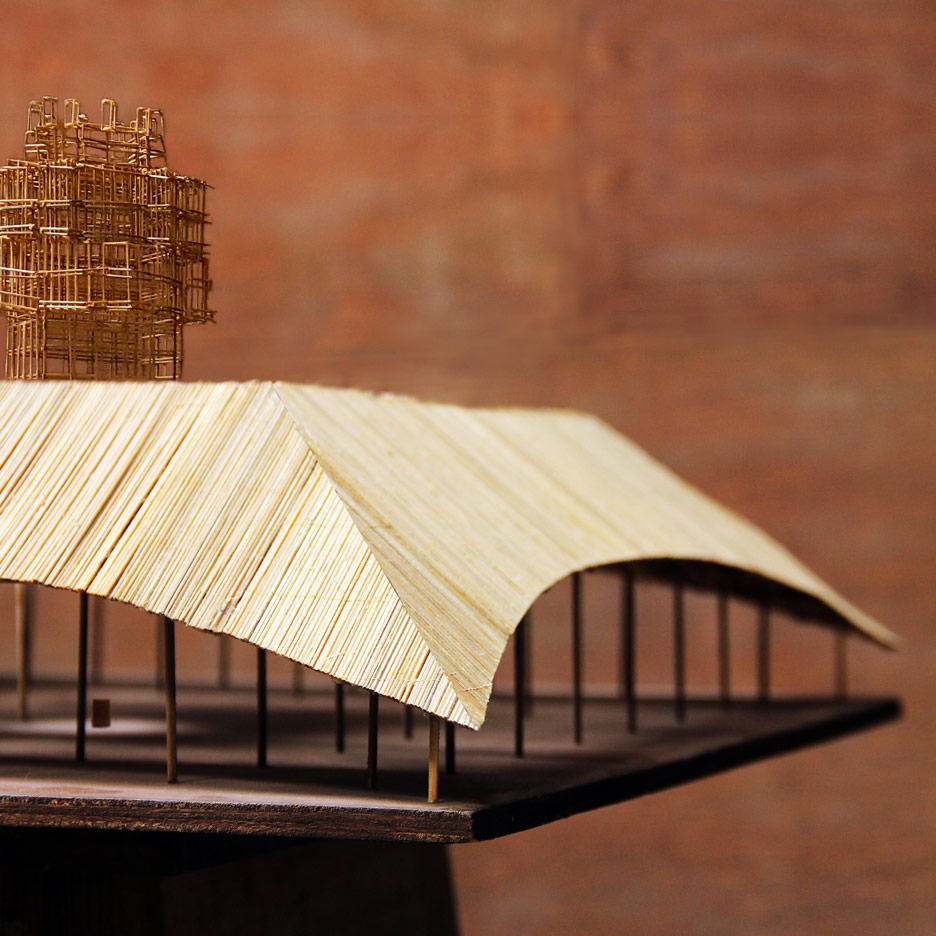 The architect sees the project as a prototype for how architecture can help to bring nature back into cities, particularly in his home country.

"Vietnam's unrestricted economic development has devastated the natural environment across the country," he explained.

"In Ho Chi Minh City, the population has reached nearly 10 million, with only 5.35 square kilometres of green space – only 0.25 per cent of the entire city. This is the problem architects need to solve."

Nghia is the fourth architect invited to create a pavilion at the SCAF gallery in Paddington for the Fugitive Structures programme.

The inaugural structure was a charred timber pavilion with deceptively curved walls by Australian architect Andrew Burns. This was followed by a robotically built pavilion and a tent-inspired group of structures.

Green Ladders was initially built at the State Library of Queensland in Brisbane, before moving to Sydney. It also bears similarities to the installation Nghia is showing at the Venice Architecture Biennale 2016.