Rio 2016: 13 artists have designed posters for this year's summer Olympics, which start in Rio later this week.

The brightly coloured posters depict images that each of the artists felt were representative of the Brazilian city, including a muscular runner on Copacabana Beach and a child flying a kite over a favela.

Others show motifs tied to fishing, nature and the sea, while some present adaptations of traditional Olympics images such as the five rings and the torch. 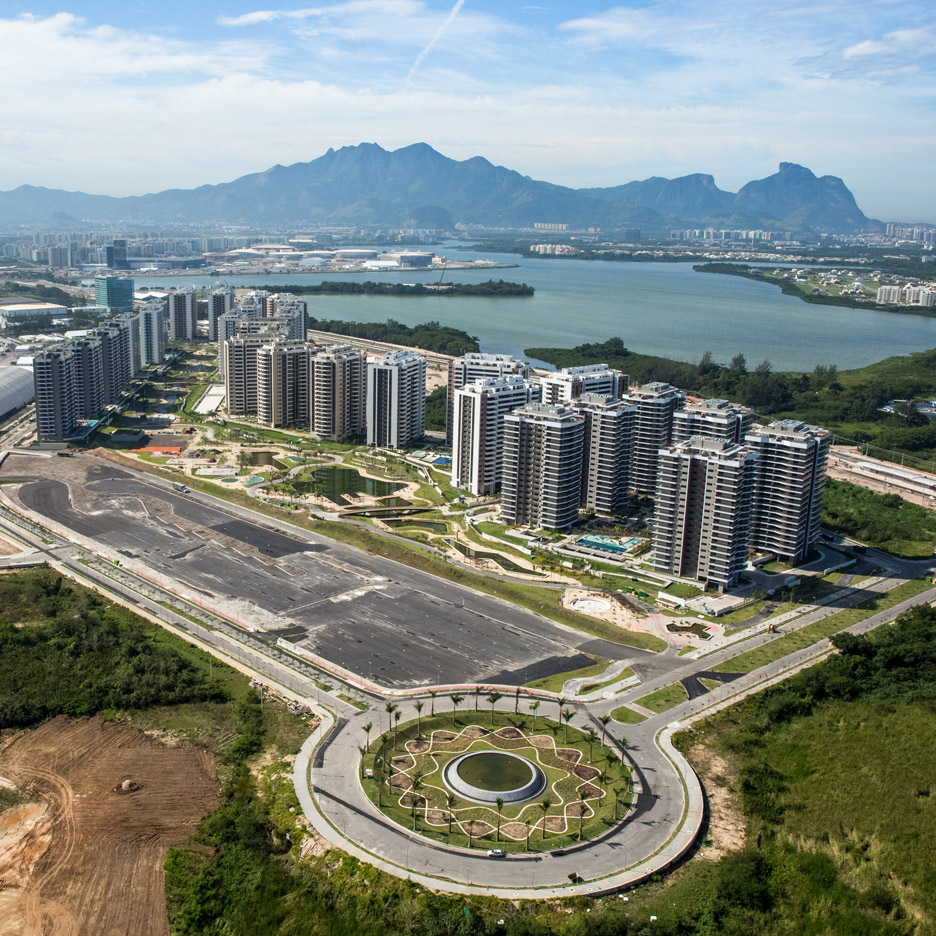 Carla Camurati, director of culture for the Rio Olympics, said the posters were meant to represent the many walks of life in Brazil.

"It's really hard for us in Brazil to choose one artist to represent the Olympic Games, or represent the official posters," Camurati said at the unveiling.

Some artists created abstract images featuring graphic patterns and bold colours, and one studied the varied grids of sports fields. Another poster consists of white specks sprayed across a black background.

The posters were first unveiled on the 12 July at an event inside Spanish architect Santiago Calatrava's Museum of Tomorrow, where they were exhibited until 22 July.

The collection is now on show at the Deodoro Olympic Park, and will be displayed throughout the duration of the games. Afterwards the posters will hang in various Rio schools.

In the run-up to the games, Rio's preparation has been heavily scrutinised. Last week, the Rio 2016 organising committee admitted that 19 of the 31 towers that make up the Athletes Village had yet to pass full checks.

A boat ramp designed for sailing competitions at the Olympics in Rio de Janeiro also collapsed just days ahead of the games' opening ceremony.